By Borut Udovic
Time to defeat this water dragon in Xenoblade Chronicles 3! 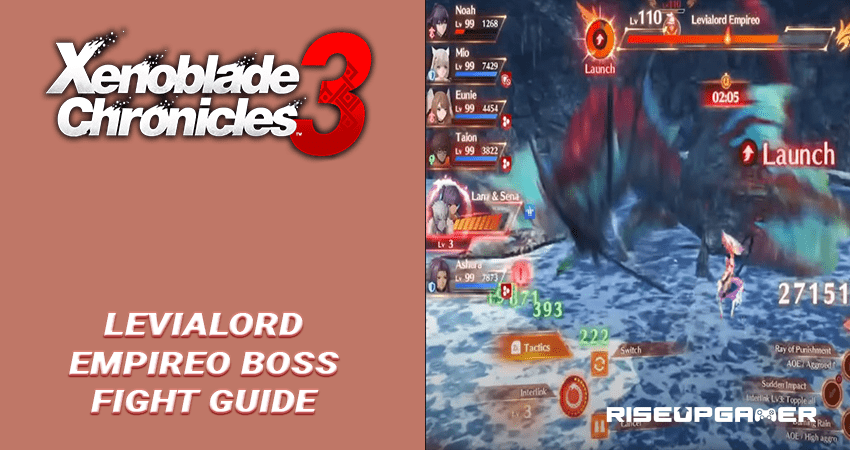 This guide will tell you how to defeat the Levialord Empireo boss in the game.

For the setup, we will be using 2 tanks, 2 healers and 2 attackers with the team consisting of Noah, Mio, Eunie, Taion, Lanz, Sena and Ashera.

This composition will help us achieve all the chain attack bonuses and maintain the team’s consistency.

Superbosses have a unique mechanic in this game which means once you beat them, you rechallenge all the way till you reach level 200. This setup will help you as the bosses reach higher levels and become more challenging.

The Levialord Empireo superboss can be found at the bottom corner of the map in the Cadensia region.

You will reach there via a boat and then swim to the corner to find this large dragon starting at level 110.

Since this is a water fight, you can get water bonuses on the site if you want them. This is one of the harder superboss fights.

For the most part, you can follow the general strategy of using autopilot with Sena however Taion ends up dying most of the fight which can be an issue as you need to revive him as Sena.

The fight is a bit difficult but as long as you manage to revive Taion and he revives other members of your party.

You can also use your dash move in the water to deal a good amount of damage. Mio does a pretty good job of maintaining aggro and evasion tanking for the team.

You can use the Oroboros form for all the possible members of your team such as Noah & Mio, Talon & Eunie and Sena & Lanz.

Taion & Eunie can go into Ouroboros for invincibility while Sena & Lanz at level 3 can go for a combo attack.

However, you might need to take Eunie & Taion out of their Ouroboros form if you need Taion to revive other members of the team.

You can then control Eunie, Taion and Noah to get the launch on your enemy.

Now we can perform a chain attack with Eunie as she has one of the better completion bonuses as she can reduce the enemy’s ether defence by 50% making her really valuable early on.

Eunie’s all of the damage is pretty much ether and she is one of our strongest DPS in the team.

Next Sena can share an attack boost with everyone while Ashera can give everyone a power charge.

Once you got all the buffs stacked, you can get a finisher with Eunie or Taion because it is very powerful with that 500% bonus.

This is pretty useful as you can get both of them back as well as the 6 other party members for the next round.

Taion will be the choice for the next chain attack order so you can for a bit more damage with Lanz and Mio have their power charge back.

You can then use Taion to get his passive and Sena can also user passive to get damage and attack buffs on everyone in the team.

Finally, you can use Noah to deliver the finisher and complete the fight.

That’s it, now go ahead and use this strategy to defeat the Levialord Empireo in the game! 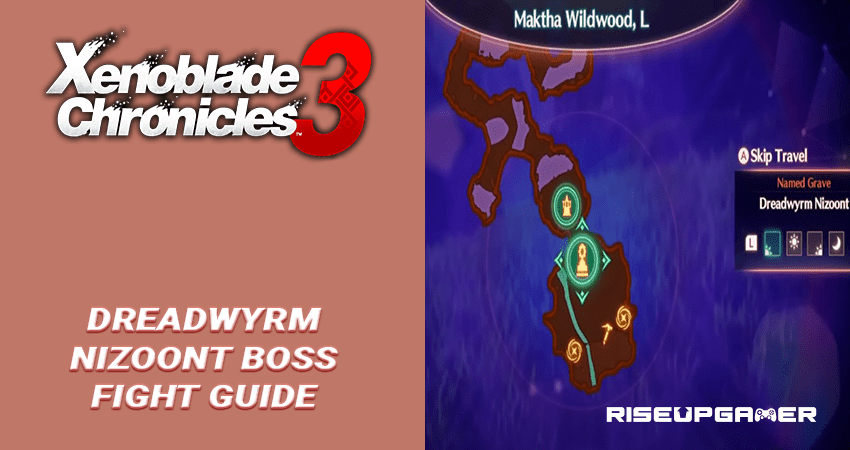