How does the Brewmaster Monk fare in the new Dragonflight patch? Find out here!

Brewmaster Monks on World of Warcraft are durable characters that can withstand all but the most devastating attacks in the game, turning a huge chunk of it into a unique damage-over-time effect called the Stagger that can easily be removed using their other abilities.

Adding in the class’ high utility and incredible mobility, the Brewmaster Monk stands as one of the most fun characters to play with in the long-running MMO game.

In this guide, we will be showing you how to make the most out of Brewmaster Monks in the 10.0 Dragonflight patch.

In Dragonflight, the Brewmaster monk is reacquiring several of the classic tools that have since been removed from it via the past patches, while also gaining a few new tricks that come with the new patch’s overhaul of the game’s talent system.

Among the classic effects returning in Dragonflight are the seven former legendary powers, Azerite powers, Legion artifact traits, and even a few Anima Powers from Torghast.

Impressive as that may already be, Brewmaster Monks are also gaining access to the overwhelming ‘Rising Sun Kick’ ability, which only the Windwalkers and Mistweaver could previously use. All in all, there seems to be no better time to play as this versatile tank.

How to Play as a Brewmaster Monk

The Brewmaster Monk is a tank through and through. This means that your primary job in the game, and perhaps on parties, is to stay alive as long as possible while also ensuring that the enemies are not attacking anyone else other than you.

Brewmaster Monks accomplish this by almost instantly delaying all damage taken using the aforementioned Stagger passive ability, improving its power through the use of Shuffle, and immediately removing some of the delayed damage using Purifying Brew.

Adding in the mastery, Elusive Brawler, could practically make you an immovable force.

As for keeping the attention of enemies towards you, Brewmaster Monks convert their energy into abilities such as Tiger Palm, Keg Smash, Spinning Crane Kick, and more that not only deals considerable damage but also improve the power of your Stagger.

Integrated within this cycle of dealing damage to enemies to reduce the damage they do to you are a number of abilities that have no cost when used but work well with other parts of the kit.

This includes the Blackout Kick that allows you to dodge more attacks, the Breath of Fire that sets enemies hit by the Keg Smash on fire, and the Touch of Death, which can instantly kill most enemies.

The 10.0 Dragonflight patch brings with it new changes to character talents, thus developing new talent trees and allowing more customization with them.

Below are some dedicated talent tree builds for the Brewmaster Monk that works exceptionally well given the state of the game today.

Brewmaster Monk Raid Talent Build – this build is an optimal setup for Brewmaster Monks who plan to tank raid content during Dragonflight.

You can definitely use this build in raids, outdoor content, and Mythic+ dungeons. Basically, this build is good for everything but perhaps best at nothing. It is intended to be used if you are playing Kyrian.

Brewmaster Monk Mythic+ Talent Build – this build is a standard setup for those who plan to tank Mythic+ dungeons during the Dragonflight patch.

While the difference between this build and the previous one is minimal, this one fares better on Mythic+ dungeons, as with the other for raids. It is intended to be used if you are playing Necrolord.

The State of the Brewmaster Monk in the Current Patch

The overhauled talent system that came with the Dragonflight patch has given Brewmaster Monks a lot of tools that weren’t present before, including the ability to have both Weapons of Order and Bonedust Brew at the same time.

This also includes powerful defensive cooldowns such as the Dampen Harm and Diffuse Magic, and even massive raw damage abilities, such as Resonant Fists and the newly-reworked Exploding Keg.

It is truly worth noting that all of this has become attainable without having to sacrifice the class’ main strengths provided by Stagger’s natural defense and the potential to create massive Celestial Brew Absorbs.

That may be, despite the significant upgrade to its overall prowess using the new talent options, Brewmaster Monks are still susceptible to its most common weaknesses, primarily sustained magic damage.

With all is said and done, we firmly believe that playing as the Brewmaster Monk is now more fun than ever with the current patch. 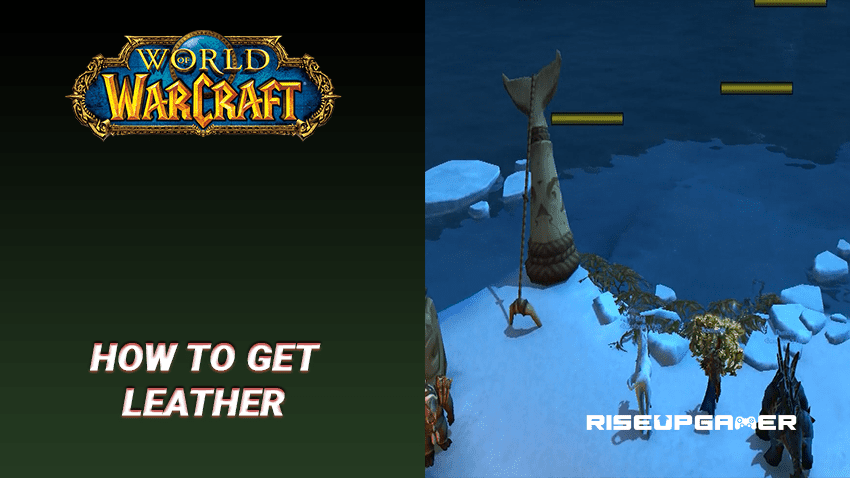 World Of Warcraft: How To Craft Iskaaran Fishing Net
Read next >
World of Warcraft