What If ChatGPT Wrote Games? Can It Make a Game?

There’s no doubt that ChatGPT is one of the most popular AI tools around right. But what if it decided to branch out and write video games? Would it do a good job on the story? Would we be thrilled with the dialogues it comes up with? We could be in for some seriously mind-bending 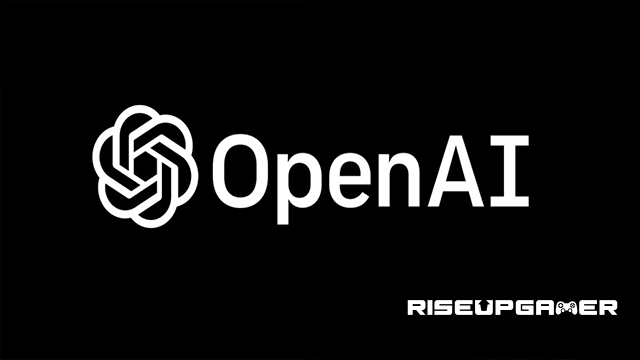 There’s no doubt that ChatGPT is one of the most popular AI tools around right. But what if it decided to branch out and write video games? Would it do a good job on the story? Would we be thrilled with the dialogues it comes up with?

We could be in for some seriously mind-bending titles! Let’s explore what kinds of games ChatGPT might come up with.

I’m Christopher Isak from the tech news magazine TechAcute and I’m honored to be able to write this post for you today. I’m a gamer myself and while I love technology, I am not yet entirely convinced about how good “AI” (as the marketing term, not as the type from the Terminator movies) works, but let’s think about it further.

If ChatGPT wrote games, they would probably be pretty strange

If ChatGPT had its mitts in game engineering, your entire outlook on gaming would be turned on its head! They’d create adventures that involve more than just slaying monsters and explore puzzling elements no human designer would think of.

A single computer-generated title could offer infinite potential – characters taking life and voicing opinions of their own accord, dungeons morphing together to form byzantine escapes, and even topics or quests made to the player based on conversations.

Don’t be surprised if the designers become players themselves while you chat with a virtual being or find yourself using its advice to get through challenges within the game. Surely this would make video gaming, unlike anything we ever experienced before.

They might be full of typos and weirdness, but that doesn’t mean they’re any less meaningful. Typos are often overlooked in our digital-driven world, but there is something to be said for the beauty of imperfection. After all, nothing in life is truly perfect – just as trying to create something that’s perfect may take away from its natural charm and appeal.

Instead, embrace the quirks and oddities that come with typos and weirdness because those are often the most memorable things. Video games are all about exploring the unknown and opening up to the unexpected, so why not let ChatGPT take you there? With its unique quirks and flaws, a ChatGPT-designed game could be just as riveting – if not more – than any traditional one.

An AI writing a storyline for a game sounds like someone gave an elephant a crayon and asked it to produce a work of art. The results would be unpredictable, to say the least; characters would jump randomly in and out of scenes, and the story would have all sorts of odd twists and turns.

There’d be no end to the surprises an AI-written plot could offer players, but it would certainly take some effort and creativity for developers to manage it all! With AI technology advancing more and more by the day, however, who knows – an AI-crafted story might one day become part of our gaming experience.

Even some of the weirdest indie games can be some of the most entertaining. Not everything has to be perfectly polished or have the latest graphics to draw players in. Some of these indie games are really strange but prove to still be fun and engaging despite their odds.

I’m looking at you, “Surviving Vampires”. Whether it’s due to some crazy concept or using some retro graphics, some indie games prove to be incredibly intriguing and still provide an enjoyable experience for everyone.

Could it be true? Could ChatGPT, the open-source natural language processing (NLP) research platform, be secretly developing an entirely new way to experience video games? We may never know for certain until a major company announces that the technology has arrived in the gaming world.

Sure, we haven’t seen any announcements from companies yet, but it’s possible there is something bubbling beneath the surface that could surprise us all! With its continuously evolving NLP robotic conversational model at its core, anything could be possible – and we should keep our eyes peeled for any clues as to what surprises are in store.

I’m curious to see what and how this sort of technology can be used to augment gaming experiences in the future. How it changes the work of the developers and how it changes the actual gaming at home or on your mobile.

Maybe conceptional things like the “Metaverse” will require a sort of AI dungeon master to tell the story and keep things going, while also playing a moderator of sorts to keep things clean. AI videos and images are already a thing and AI text generation is, so we might not be too far away from the first AI game. Let’s see what the future has in store for us all.