Warhammer – Vemintide 2: How To Get It For Free

Check out this guide to grab this amazing co-op game while it’s free! 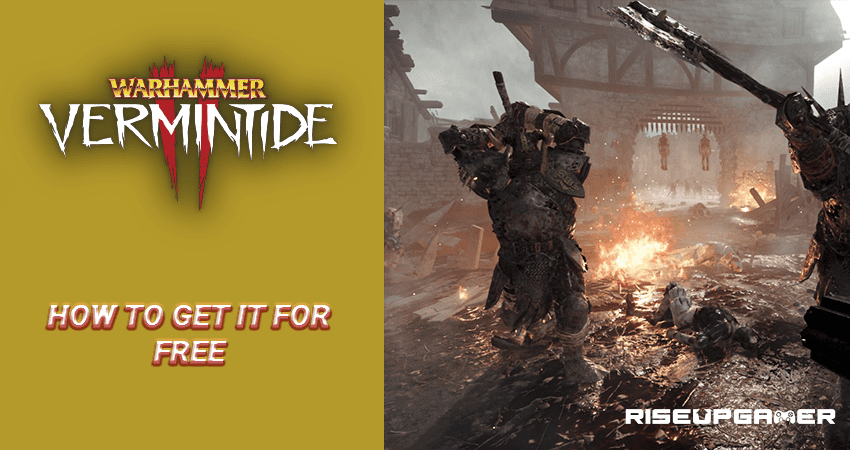 Warhammer Vermintide 2 is the second instalment of the popular first-person action series where you take part in fantasy battles with four other players. You will need to fight against endless hordes of enemies together with your friends and you can select between 5 different characters each having their own unique abilities.

It is currently available for free on Steam and it’s a great game if you are looking for something to enjoy with your friends on a relaxing weekend.

This guide will tell you how to get Warhammer Vermintide 2 for free.

How To Get It For Free

As part of the 7th anniversary of the Vermintide franchise, developers Fatshark are giving away Warhammer: Vermintide 2 as a part of the month-long ‘7 Years of Tide’ campaign. It is interesting to note that the next game in the franchise called Warhammer: Darktide will be released at the end of this month on 30th November.

Warhammer – Vemintide 2 Can Be Played “Offline”. Click Here To Find Out!

Vermintide 2 will be available for players to grab on Steam from November 3 to November 7 as a free-to-keep offer and will be permanently added to your Steam library upon redemption.

Apart from this offer, developers claim that they will release a free update called the Trail of Treachery which will add a new snowy adventure mission called A Treacherous Adventure. The first part of the update will be released on November 8 and the second part is expected to debut in 2023.

The game itself has been praised by reviewers with some of them calling it “the best four-player co-op game since Left 4 Dead”.The game is currently trending on Steamcharts and has received positive reviews from players. If you are interested in purchasing the post-launch content, then you will be able to grab all the DLCs for 50% off as well as the cosmetic items while the campaign is live.

If you pre-order Warhammer Darktide then you will gain access to the pre-launch beta of the game as well as receive the Devoted Rejects DLC for free. The pre-orders for the game will start on November 17 with the beta releasing on the same day.

That’s it, now go ahead and claim Warhammer Vermintide 2 on Steam to enjoy it with your friends!