Face all of the enemies of Warhammer 40,000: Darktide.

Warhammer 40,000: Darktide features a bleak world with countless enemies gunning for your demise. Players will have to engage in intense combat with a plethora of enemies and will have to rely on their experience and skill to make it out of missions alive.

Enemies have varying levels of difficulty. Being knowledgeable about them and their weaknesses is sure to give you a leg up in your missions.  Here are the enemies that you will meet in Warhammer 40,000: Darktide.

The most commonly encountered enemies are the Poxwalkers. These are Chaos-infected undead that act similarly to zombies in other games.

Individually, they are incredibly weak and easy to dispatch, however their strength is in numbers as Poxwalkers mostly come in swarms that overwhelm players who are not cautious.

Slightly more threatening than the Poxwalkers, Gunners are capable of harming you and your allies from afar by shooting at them with their guns.

They are still frail however and easily taken down once attacked.

Shotgunners are even deadlier than the Gunners. They approach characters in melee range and then deal a significant amount of damage with their shotguns.

It’s advised to take care of them before they get the chance to come any closer.

Trappers are troublesome enemies. As their name implies, their goal is to trap you and your allies in some form of electrical net, stunning you and leaving you vulnerable to other enemies.

Always keep track of where your allies are when a Trapper is nearby.

Mutants are juggernauts that will charge your party and try to pin someone down.

Make sure to dodge their grab and take them out immediately if they manage to capture anyone in your party.

The Sniper is an extremely lethal long distance foe that will force you and your allies to take cover. They should be the priority target for your party’s own sniper, if you have one.

The Sniper deals a lot of damage and so it would be best to take cover while one is present.

Bulwarks are corrupted Orgryn equipped with shields and a one-hand weapon.

Their frontal shield makes them resilient to direct attacks so you should work with your team in order to have someone approach it from behind and take them out from there.

Reapers are a very suppressive enemy type. Their heavy gatling gun is no joke and will make all of you and allies run for cover to avoid its spray.

They have high health and are also decently armored making them a tough enemy to take down.

This is an Orgryn that has been heavily mutated by the power of the Chaos that has become a festering lump of disease. It is an incredibly powerful monster that will take all the effort of you and your team to defeat.

And those are the enemies that you will come face to face with in Warhammer 40,000: Darktide! 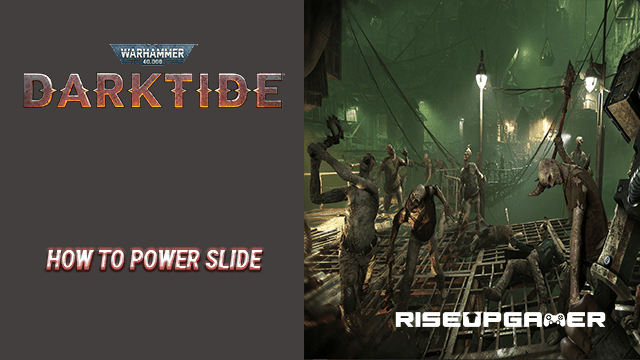