Face down the endless hordes in Warhammer 40,000: Darktide. 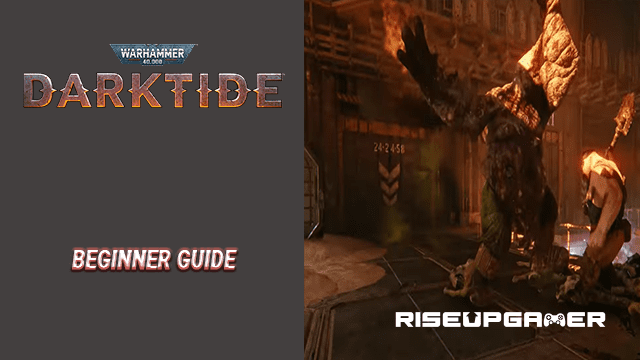 Warhamer 40,000: Darktide is centered around a grim and dark world where humans have to fight against an endless amount of enemies or expire. It is an intense game filled with shooting, hacking and slashing. This world gives no quarter to anyone, not new green soldiers or even seasoned veterans.

Some beginner players may experience some difficulties with the games at first. Here are some tips and tricks for beginner players playing Warhammer 40, 000: Darktide to make their games a bit easier.

Players may initially view Warhammer 40, 000 – Darktide as any other FPS where you mindlessly plow through hordes of enemies, but players may eventually figure out that the game has nuances that they should keep an eye on.

Choose The Class That Fits Your Playstyle

Darktide has a few classes to choose from. The choices are Ogryn, Psyker, Veteran and Zealot:

Choose the one that you will have the most fun with and that will mesh well with the playstyle of your friends, if you’re playing multiplayer

While you can try and go for the hardest mission available for you from the get go, it will be unlikely that you will be able to complete them at all. And you barely receive any exp from failing a mission.

From level until level 15, you will want to choose missions with the Uprising difficulty together with a special condition. At times, missions can also have secondary objectives that can give additional rewards such as seizing Grimoires or recovering Scriptures.

From level 15 onward, you will want to play on missions with the Malice difficulty. However, you will need to play at your best and coordinate with your team if you want to do these missions successfully.

Assassination missions are highly recommended as they are the quickest type of mission to complete with or without a group.

Warhammer – Vermintide 2: How To Play The Base Classes Guide

Enemies in Darktide will have multiple armor types that you can check out at the Meat Grinder.

While it is common knowledge that headshots will deal critical damage to enemies, some enemies come with different weaknesses and resistances

Maulers wear Carapace or Plated Helmets, you can attack their less resilient chest armor instead. Weapons with high penetration will allow you to kill these enemies faster.

Larger enemies like the Bulwark and Reaper cannot be staggered and can be dealt a heavy blow by using high burst weapons or explosive grenades.

Weapons have multiple aspects that make them situationally better than others. Penetration allows you to deal more damage to armored targets. Weapons with high Cleave damage are optimal for use against large hordes of weak foes.

Change up your weapons for the appropriate situation you are currently facing.

Facing a swarm of enemies is very intensive on your ammo reserves. If you’re careless about it, you may run out of ammo for your gun during crucial moments. You can conserve ammo by using your melee weapons on the weak enemies in front of you. Save the bullets for enemies that are either far away or special enemies that are more of a threat.

Knocking back enemies and staggering them during combat is incredibly useful. It lets you put some distance between you and your foes and gives you some extra needed breathing room. Lesser enemies can be knocked down allowing you some freedom to hack and slash at them. Elites can be partially staggered to interrupt their special attacks.

That concludes the Warhammer 40,000: Darktide beginner guide, hopefully you found something that you can use in your coming playthroughs of the game. 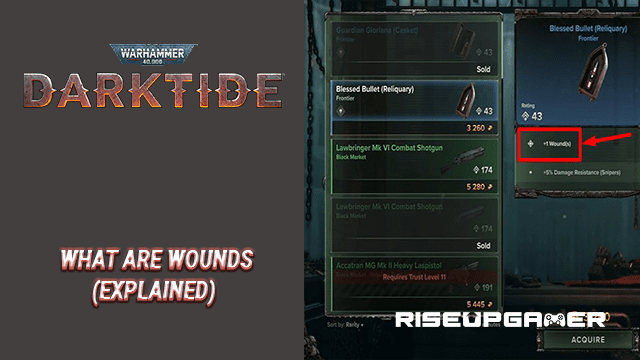