War Thunder: How To Use Guided Bombs

Check out this guide to see how you can use guided bombs in War Thunder.

War Thunder is a great vehicular video-game that simulates wars with vehicles. Here you have a different variety of vehicles such as tanks, trucks, and even planes. As you play the game, you will get into some interesting vehicles that have bombs. Some even guided bombs. Let’s see how you can use them.

With this guide, you will learn how you can use guided bombs in War Thunder.

How To Use Guided Bombs

The TV Guided Bombs are something that once fire, they need to be forgotten. Simply whenever you fire one of these missiles you need to fly away from it and wait for your opponent to get shot.

READ ALSO: War Thunder: What Is The Fastest Plane?

To use a guided bomb, you need to have a larger distance between you and the enemy. Begin aiming towards a ground unit or a flying unit and aim at it for a short period of time until the target has been locked.

Keep aiming at the target, after your aim has given you a chance to lock into the target, lock it, and fire away!

You will then be able to track the bomb or the missile to see if it will directly hit the target.

For ground units hitting guided bombs is easy, if you are in the air and fight against different planes, you will need some extra time until you’ve managed to lock in your shot and actually destroy the opponent.

And there you have it. That is how you can use guided bombs in war thunder. 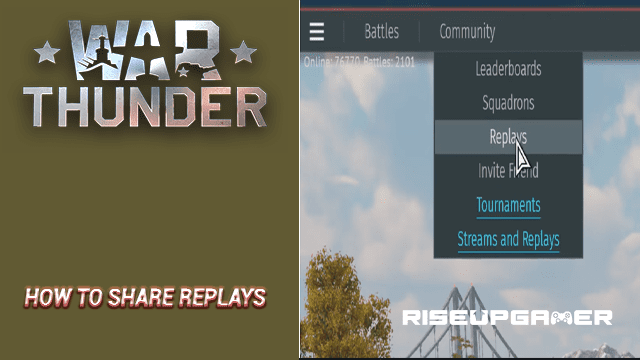 War Thunder: How To Share Replays
Read next >
War Thunder