Lead your country to prosperity in Victoria 3! 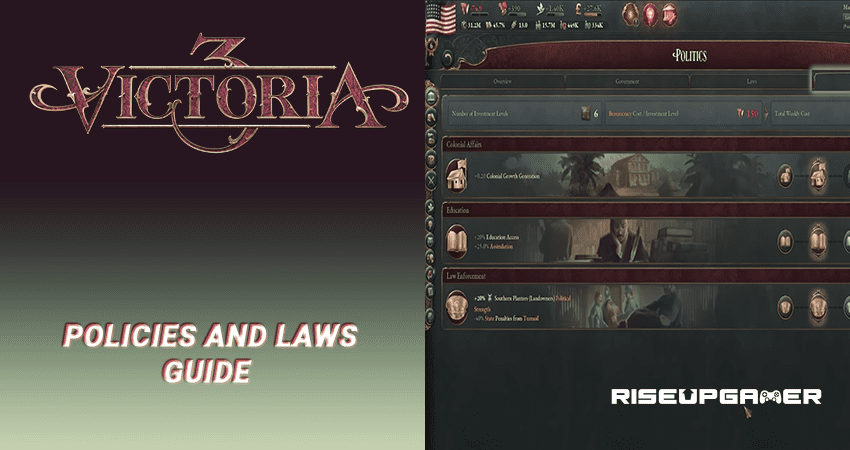 Victoria 3 is a grand strategy game that lets the players rule their own country and lead it to possible futures of flourishing or ruin. You will have to enact policies and perform decisions in the span of a century to shape your country’s trajectory.

Policies and Laws will be the main way you will characterize your country. For example, if you wish to focus on trade, then you will have to focus on Economic Policies.
Down below is a guide for your policies and laws.

The Laws in the Politics screen have three different categories.

All of these policies are equally important and will cause problems should they be left neglected.

They will also define the character of your country as the game progresses.

To pass a law in Victoria 3, at least one interest group must endorse the law for it to be possibly passed. If no one endorses the law, you can reform the government to add an interest group who will, potentially at the cost of your Legitimacy.

If the interest group you want to add to your government is a marginalized group, then you have to bolster their clout before reforming the government.

Laws have a percentage chance to pass depending on the clout of the interest group that endorsed them. The length of time between the chances for a law to pass is determined by your government legitimacy.

You should also keep in mind that some interest groups in your government can delay or stall laws from passing by opposing them.

Some laws also enable institutions, which allows the government to provide an assortment of services to their citizens. Examples of these are school and healthcare systems.

Upgrading institutions cost an amount of Bureaucracy to create and upgrade which is based on the population of your country. If you are low on bureaucracy, you can gain some by building more government and administration buildings

The effects of an institution depends on the law passed as well.

If you want to personally exercise your power as a ruler without using laws and policies then you will have to use your Authority, the capacity of your government to perform actions outside its normal functions.

Generally, more repressive societies will generate more authority so you will need to trade off between personal liberties and authority. 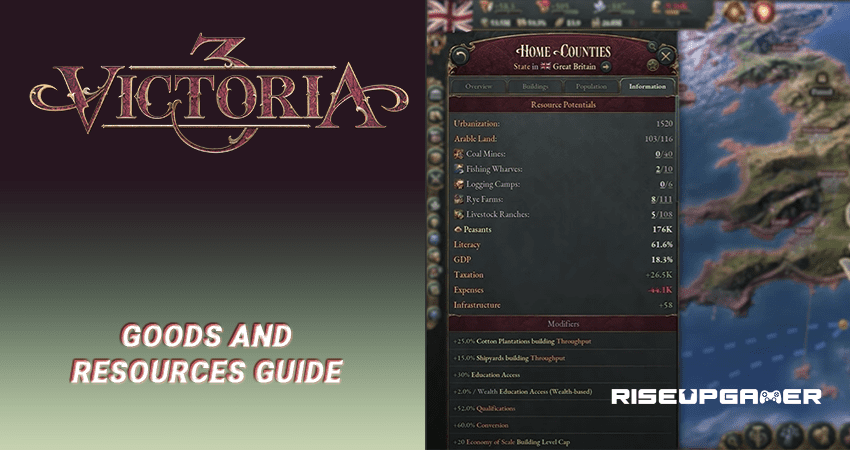