Victoria 3: How To Reduce Radicals

Reduce the radicalism in your country to keep your citizens happy! 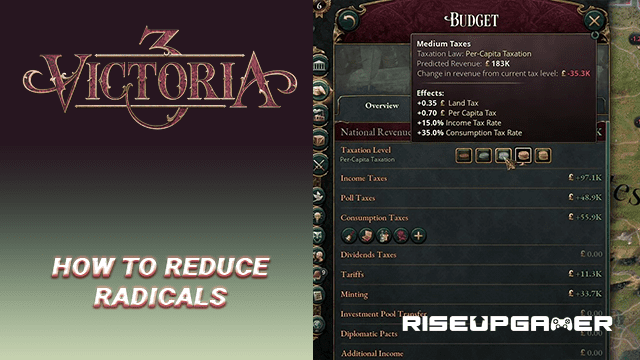 Radicals are those people who are unhappy with the policies of the government and may cause turmoils and political unrest which can affect your public support as well as the economy. If you are not careful then these radicals can start a revolution and overthrow your government to drastically alter the power structure of your country.

This guide will tell you how to reduce the radicals in your country.

How To Reduce Radicals – Victoria 3

First, you need to access the radical menu by hovering over the icons in the top left corner of the screen where you will find a man symbol with a red hand next to it.

This will show you the states where the radicals are living and their total population as well as approval levels in different groups of the population.

Some of the reasons why people might become radicals are:

In order to placate these radicals, you will need to have more loyalists in your country which are people that highly support your government and have influence over various interest groups.

Victoria 3: How To Colonize

The best way to have more loyalists in your country is to improve the standard of living and take decisions that improve the loyalty of people during random events.

Some of the decisions that can help in reducing radicalism are: having a militarized or dedicated police force, establishing Law Enforcement Institution, providing Guaranteed Liberties and creating a Home Affairs Institution.

Another way of keeping people happy is reducing the amount of taxes imposed on them which will improve their standard of living and lower the number of radicals in your population.

It is only recommended to reduce the taxation if your economy is in a good state financially and your coffers have enough money to sustain themselves.

That’s it, now go ahead and follow these steps to reduce radicalism in your country! 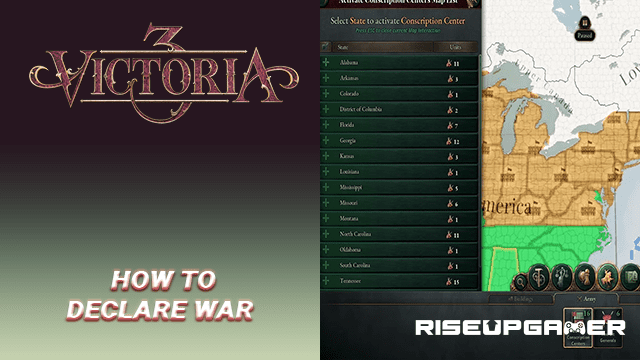 Victoria 3: How To Declare War
Read next >
Victoria 3