Victoria 3: How To Make Money From Coal

Learn how to make easy money from coal in Victoria 3! 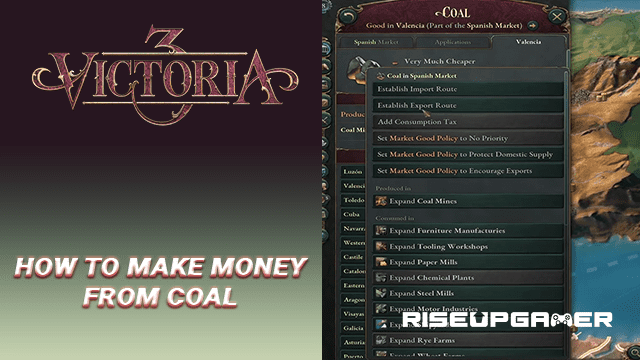 This guide will tell you how to make big money from coal in the game.

How To Make Money From Coal – Victoria 3

To find the Coal Mines, go to the Production Lines and then click on the Resources tab to find the option for building a coal mine.

There are a few factors that you need to consider before building a coal mine such as the State and the number of peasants there that will determine the overall profitability.

Once you have found selected the state of your choice, build the maximum number of coal mines there.

You will need to keep an eye on your credit in the top left corner which shows the amount of money you have and if you go in the negative then you will be borrowing money from banks and repaying them with additional interest.

The markets will fluctuate depending on the economic conditions of your country and whether you are making a profit or not.

In order to construct Coal Mines, you will need to import tools and hire people to work in them which can cause a negative effect on your credit levels as well as the markets initially.

Importing more quantities of a commodity will have a negative impact on the markets but decrease the overall cost of the good.

You can check the profit and productivity levels of a coal mine by accessing the Buildings list of your country.

This will show you all the resource generation buildings including coal mines to see their output and profitability.

If you don’t have enough money to hire people in your coal mines then you can subsidize it by using government money and it will have an impact on the government’s treasury.

Initially, you will incur a negative cost because of the underutilized output of the mine but eventually, it will turn into a profit and you won’t have to provide wage subsidies to the workers in the mine.

You can establish a trade route to sell the coal that you have generated to other countries if your country has low coal consumption.

To export coal, click on Coal Mines in the Building List and then click on the Coal button to check the prices for coal in your country and the countries nearby.

Right click on it and then select the Establish Export Route option to find the most productive trade route and sell coal into foreign countries where demand is high.

Once you have selected the countries and sold the coal, your coal mines will now start to flourish since they have to work at their full capacity to churn out coal for those international trade routes.

These mines will hire more workers to increase production and thus earn higher profits even when they are subsidized by the government.

You can then Encourage Resource Industry so that more industries can be set up in the country based on coal such as Logging, Fishing, Whaling and Mines by using 75 Authority.

Remember the more competitive you decide to make the industry in your country by giving them incentives and subsidies, the cheaper goods and resources they will be able to produce resulting in much higher exports.

You don’t even need to subsidize your coal mines anymore because of the crazy profits that are making.

As the markets around the coal require more and more coal, you will be exporting a greater amount of coal each day.

Eventually, you will reach a point of low market access and this generally occurs when your infrastructure is overwhelmed and cannot sustain the number of people accessing it.

This means that some amount of resources won’t be exported because of inadequate infrastructure and you won’t be able to get them back.

In this case, 2% of the coal is being lost because of the lack of infrastructure.

To fix this issue, you will need to create more infrastructure such as roads and ports which will allow you to transport and export your resources .

Press Alt on your keyboard and select Port to move it to the top of the build queue. Once the construction of the port is complete, the access to the market will improve and will be back to 100%.

You can construct more industries that use coal as input material such as iron and steel in different parts of your country to utilize that additional coal and then export those resources to earn more money.

That’s it, now go ahead and use this strategy to earn some easy money through coal in the game! 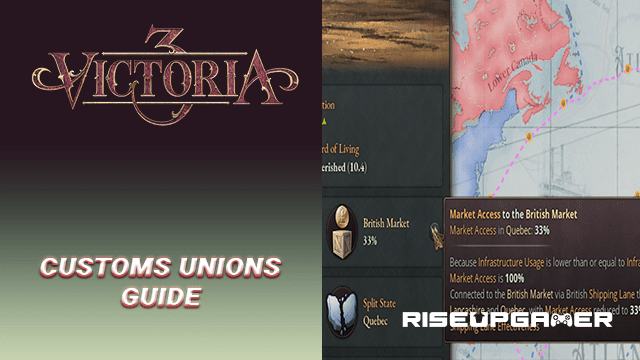 Valorant: How to Win More Aim Duels [In-Depth Gunfight Guide]
Borut Udovic
How Much Is a M-6 Prototype Worth: Roblox
Borut Udovic
Next-Gen Update For The Witcher 3: Wild Hunt Is Set For This December
Borut Udovic
Titanmail Bundle Skin Review: Valorant
Borut Udovic
OSRS: How to Get to the Ape Atoll
Borut Udovic
Latest