Valorant Tips And Tricks: A Beginner’s Guide To Your First Victory

By Borut Udovic
Check out the Valorant Tips and Tricks For Your First Victory! 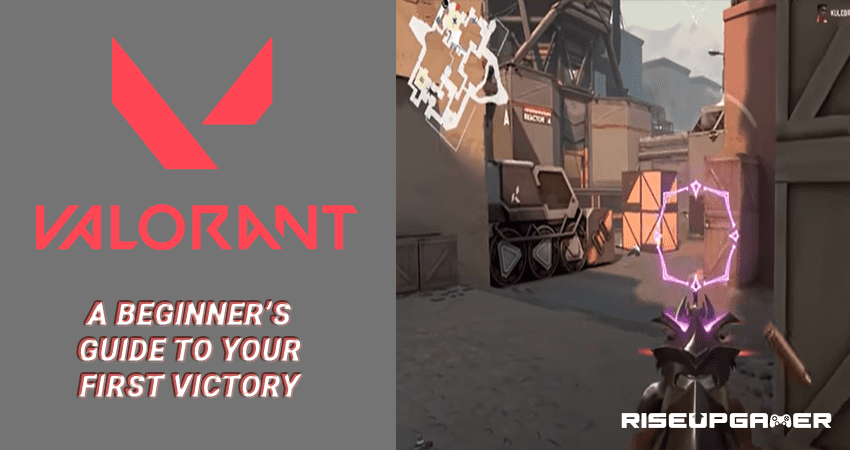 Valorant is one of the biggest first-person shooter games in the world right now. Valorant is Riot Games’ newest shooter. Unlike Call of Duty or Overwatch, Valorant is a tactical shooter, closer to Counter-Strike. This means that accuracy is key, teamwork is critical, and every bullet has the potential to be lethal. There are tons of agents, abilities, and weapon combinations to play within Valorant.

In this guide, we will show you Tips and Tricks For Your First Victory in Valorant!

Valorant Tips And Tricks: A Beginner’s Guide To Your First Victory

This is what you’ll spend the majority of your time doing in this game and hopefully you’ll spend more time shooting others, than getting shot, but either way, understanding the mechanics of the game is incredibly important.

Games in Valorant work around two main phases, attacking phases and defending phases. When you are on the attacking side, one person on your will carry a bomb or a spike and it has to be placed on the points, then you need to defend it until the spike explodes.

It is also very important to communicate with your team when you can or just pay attention to where your team is moving.

When it comes to defending, much like attacking, there are various of different strategies you can use. The most important thing while defending is to stop people from planting the spike, or even if they plant the spike, then you need to defuse it before it explodes.

Defending involves holding both points simultaneously. Some maps have three points a, b, and c, meanwhile others just have two.

The main thing you have to focus on as a defender is ensuring that all points are covered and he is lined up because it gives the attackers the opportunity to sneak in, plant the spike, and an easy win.

Whenever comes to the beginning of a round, you have the option to buy your weapon, buy the abilities that you want for that given round, and of course, as you play, as you get kills, as you complete rounds, you will get more currency.

Never rush to buy everything at once. Typically, for round 1, all you’ll be buying is a pistol and maybe some armor. Learning what an economy round is very important for working with your team.

The last thing is positioning. Ultimately, this is important in pretty much any shooter, but when you’re defending, you need to not be predictable in the way that you defend, and also the same thing goes for when you’re peaking around the corners