Want to see how you can win on Lotus in Valorant? Check out this guide!

Lotus is the newest map that has been added to Valorant. It’s a map where you have three bomb points which are A and B and C, as well as different paths where you can hide or create a tactical strategy on how you can defeat your opponents. Knowing some tips and tricks on how to constantly keep winning on Lotus will improve your gaming performance greatly.

This guide will show you some tips and tricks on how you can win on Lotus in Valorant.

Lotus Map Guide – How To Win

Currently Lotus is not available in Ranked matches, but you are able to play regular games and practice.

A really great map that has changed a lot by having pushed barriers. These barriers allow attackers to have lower vision and give the defenders some better POV so they can defend the bomb or the site well.

Towards A site, you have a total of three entrances, one from the very top position where the defenders are, a middle section that is best for defenders to keep attackers from coming, as well as a third point where attackers can push a button and enter the area.

Defenders here have a great advantage that they can take because of the first defending spot. Here they have the high grounds and can look much more than the attackers can.

B Site is the central part of the Lotus map and the defenders as well as the attackers can get here from four different locations. The B site is great for defenders as they have multiple entrance points. The only downfall of this site is that its too cramped and tight. There will be quick fights going at this site.

Here it’s best for defenders to enter multiple through two or three entrances due to the fact that they have more vision.

The attackers on the other hand have a great chance to escape B if things go south and reposition well on C site.

C Site is the last one that we have to talk about. In this area you have two levels, one where you can plant the bomb which is the upper part of the site, and the bottom part which is filled with a little bit of water. C site is great for defenders as well. They have great cover which is a pile of sand that they can keep cover.

As well as they have a really good guarding position towards the Attacker’s spawn point.

To sum things up, Lotus is a defender’s based map. Defenders here do have the upper hand and their vision is much greater. The great part about the map here for attackers are the two revolving doors that they can use to maneuver the whole fight.

And there you have it gamers. These are some of the things you need to know about the Lotus map in Valorant! 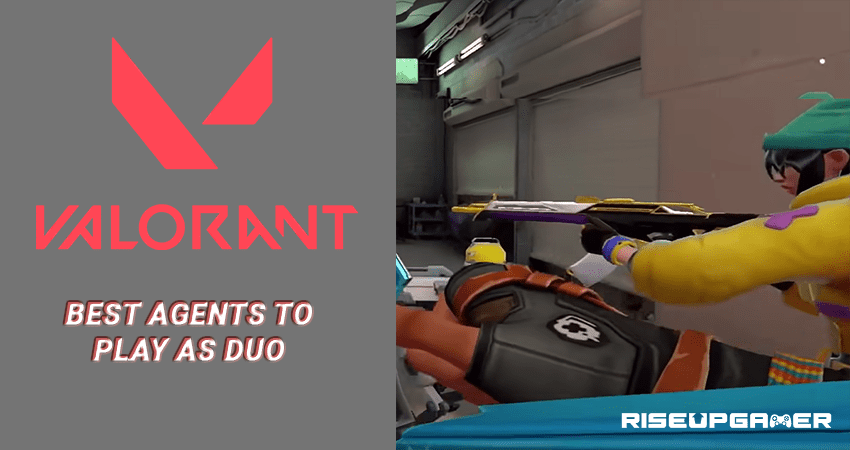 Valorant: Best Agents To Play As Duo
Read next >
Valorant