Undecember: How To Enchant Gear

Time to enchant your equipment and make it better! 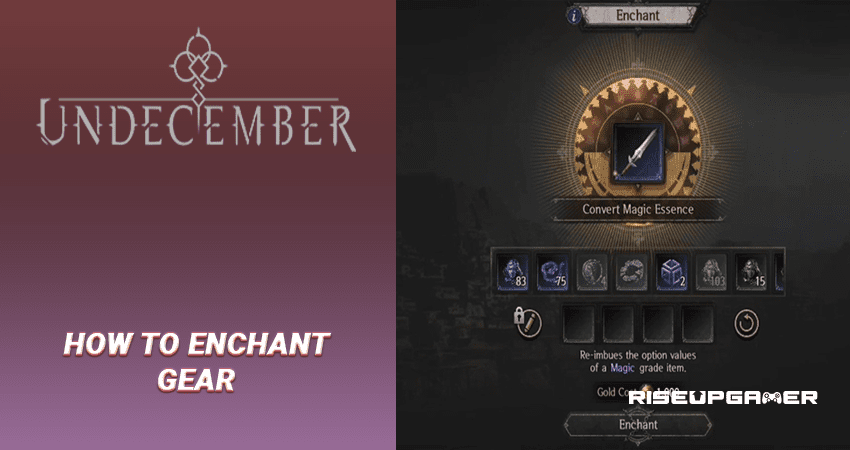 Undecember is a hack-and-slash RPG game where players need to become a Rune Hunter by combining a variety of skills and link runes. You will need to fight against hordes of enemies to obtain new items and use different gears and skills to create your own unique build.

As you progress through the game, you will need to upgrade your weapons to get an edge over your enemies and enchanting your weapons will drastically improve by upgrading their stats.

This guide will tell you how to enchant your equipment in the game.

How To Enchant Gear – Undecember

First, you need to head over to the Blacksmith called Croco found in the Equipment shop. Here you will be able to purchase new weapons by spending gold or enchanting them to improve their performance.

To access the Enchanting menu, go to the Blacksmith and select the Enchant option in the middle. Select the gear that you wish to enchant from the inventory on the right and choose the crafting materials on the menu in the middle.

The first is the Upgrade Magic Essence which will convert a normal-level item into a Magic grade and reset its maximum count for 200 gold.

Next is the Rare Change Essence which changes a normal grade item into a Magic/Rare grade item for 150 gold.

It will turn the weapon blue and also has a chance to make the weapon unique if you are lucky.

The third is the Birth Magic Essence which randomly imbues the option to a Magic grade option. This means that if you don’t like a particular stat then you can reroll until you get a favourable stat of your choice.

For example, if you have +57 Mana then you can use this essence to convert it into +8 Dexterity.

Next is the Imbue Magic Essence which randomly imbues 1 additional option to the Magic Grade item.

Undecember: How to Bind Potions

It is similar to the Birth Magic Essence except that it adds one extra stat instead of replacing an existing one.

Similarly, you also have the Convert Magic Essence which re-imbues the option values of a Magic Grade item which sounds similar to the Imbue Magic Essence.

Last but not least is the Magic Expansion Essence which increase the max option count by 1 for a Magic Grade item.

This means that you can now have an additional stat on your gear.

There is also the Rare Essence which degrades your gear by changing the Magic or Rare Grade item into a normal one.

It works exactly the opposite of the Rare Change Essence which upgrades your item instead of degrading it.

Similarly, you can use the Rare Upgrade Essence to convert a Magic-grade item into a yellow-coloured Rare one by spending 2000 Gold. This will add four stats to your weapon which is really cool. You can also use the Birth Change Essence to reimbue one of the stats according to your liking.

That’s it, now go ahead and enchant your items to drastically improve their stats! 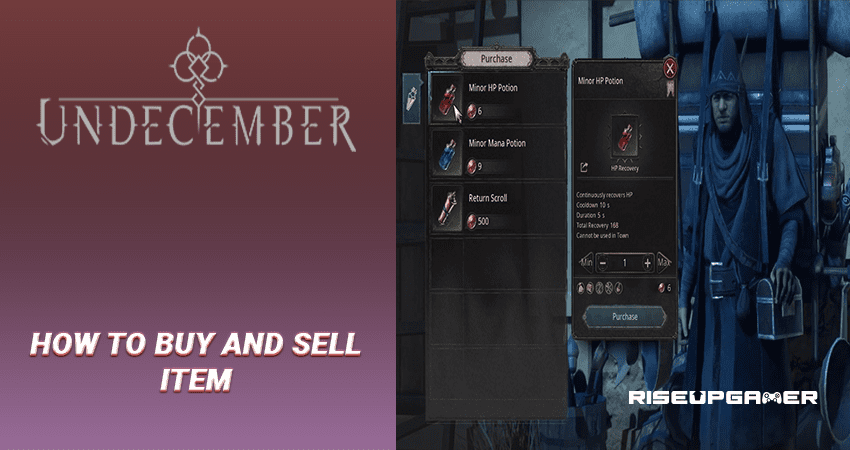 Undecember: How To Buy And Sell Item
Read next >
Undecember