By Borut Udovic
The True Tales of the Violet Garden are simply amazing! 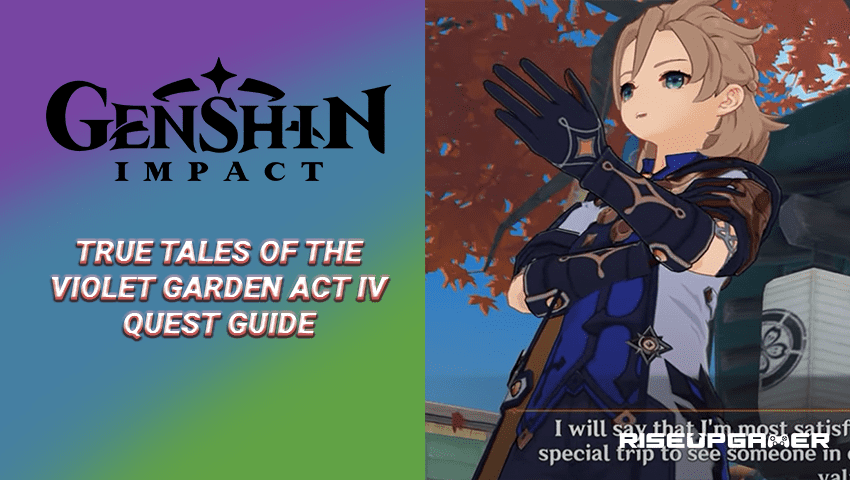 The True Tables of the Violet Garden is a special quest that is split into 4 different acts. This quest is part of the Legends of the Kasen storyline. These quests will reward you with great items that will benefit the player in the future, and maybe even get cool collectibles that will unlock special achievements. Begin your investigation in the Ritou Village and complete the final act!

This guide will show you how to complete the True Tales of the Violet Garden: ACT IV quest in Genshin Impact.

Your quest will take place in the Ritou village, at the Five Kasen Plaza, where you will meet up with Kazuha.

He will tell you a great story about the Kaedehara clan. How they raised and began growing, until their fall!

More and more people will join this conversation and a great dialog will begin with many characters in the Ritou village.

After you listen to the story, the fourth and final act of the True Tales of the Violet Garden will begin.

To begin the activity, you will have an objective that will lead you to the Kamisato Estate. That is located on the east side of the map,

Enter the Yashiro Commission Headquarters and inside you will meet Kamisato Ayaka, along with a big group of people who are listening to her and the old diagram.

This diagram is a recipe for how Kaedehara Kazuha’s grandfather wanted his sword to be.

When the dialog ends inside the headquarters, the diagram will be given to you and your next objective will be to go to the Tenryou Commission Headquarters.

The headquarters are located south on the map, just south of the Inazuma City.

Once you reach the headquarters, you will stumble upon Kujou Sara, who is training a group of warriors, and be asked to reveal your needs.

After your dialog about the blueprints of the sword and the meaningless arguments, your next destination will be the police station in Inazuma city.

Asakawa is the NPC that you want to look for, and he will tell you that you are here for the investigation about the Kaedehara Clan’s belongings.

Speak to everyone inside the police station to make sure you get as much information as possible. At the end of each conversation, you will go outside and discuss the situation, where you find another clue.

You will go to the seaside and talk to Ogira Mio. The seaside will be located between the Byakko Plain and the Amakane Island.

When you get there, you will encounter a cut-scene where images of the grandfather will be shown on how they march around the island and suffer from attacks.

After the cut-scene has ended of the fallen members of the clan, you will need to return back to the Five Kasen Plaza and speak with Albedo.

He will show off his painted art. From this point on, you will need to talk to a few of your friends and see how they are doing. There will be 4 yellow markers displayed in the Ritou village, where you will find your friends.

Once the conversation with the 4 marked areas is completed. Go back to the Plaza and see the painting that is missing something.

Find the right person around the Plaza to explain some details about the image, where things will become clear.

Kamisato Ayato will explain the situation on why there is a missing person on the image. He will tell you to come to this area and look at the picture when its night time between 00:00 – 05:00.

Coming at the picture at this time will reveal a figure of a person who seems to be the grandfather, the Balladeer.

After you finish the discussion with Kamisato Ayato. You will finish the fourth and final act. 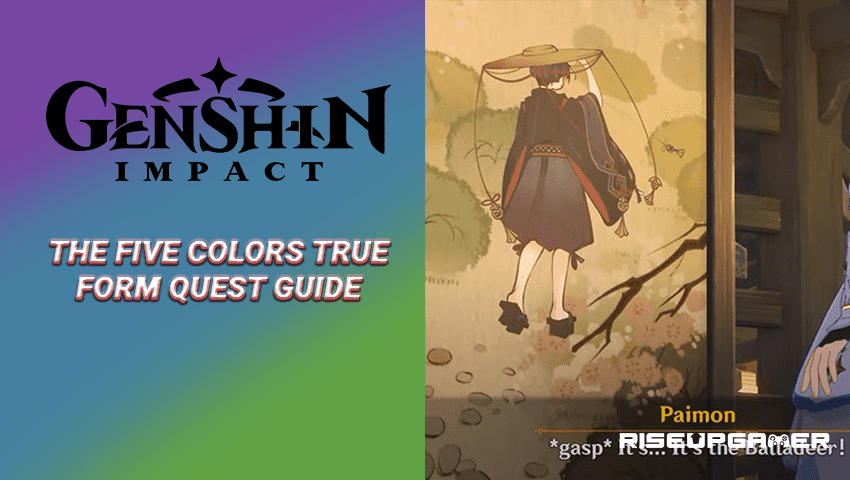