Triangle Strategy: How To Level Up Fast

Let’s learn How To Level Up Fast in Triangle Strategy! 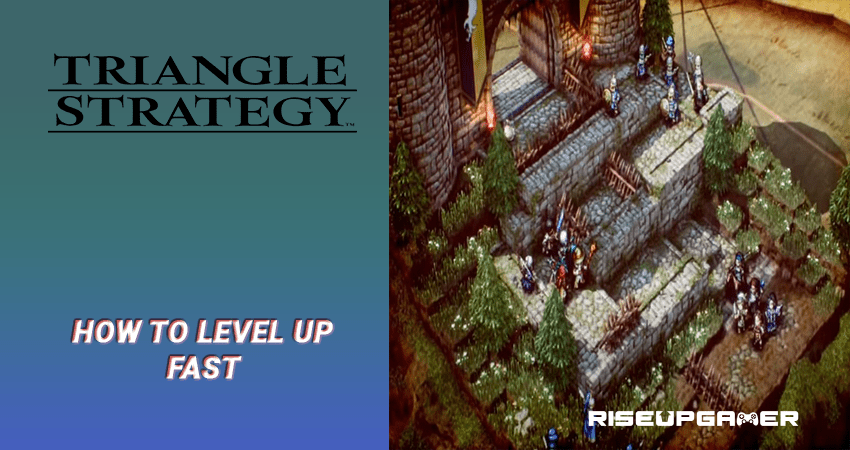 Triangle Strategy is a tactical RPG that follows the steps of Final Fantasy Tactic and Fire Emblem. Players have an access to various methods of upgrading their units such as accessories and weapon upgrades, but also their character level depending on how it performs on the battlefield. While there are plenty of challenging encounters, you will want to level up your character as fast as possible, and there are some ways that will help you to gain a lot of experience in a short period.

In this guide, we will show you How to Level Up Fast in Triangle Strategy!

How To Level Up Fast – Triangle Strategy

One of the best ways to gain XP in Triangle Strategy is to participate in the Mental Mock battles in the game. These battles can be found at the encampment once you talk with the bartender.

Mental Mock Battles are unrelated to the story of the game and they are there only to help you practice the battles on different types of enemies. Participating in these battles won’t affect your story in the game, but most importantly, you can benefit from plenty of XP and items as rewards. The good thing is that these battles can be played many times as long as you want, and get a lot more XP from them.

You have to know that as you progress through the game, you will unlock even more battles on a higher level that will reward you with more XP.

The entire process of leveling up in Triangle Strategy can be a bit confusing, but once you figure it out, it is pretty simple and fast. It takes only 100 XP for a unit to level up. If you have underleveled unit, you can easily gain from 40 to 75 XP. Units with the same level will usually get 10 to 15 XP and overleveled about 5 XP.

While you are in a battle, you can kill as many as possible enemies there and gain all of the XP before you finish the entire battle. That’s why make sure not to skip a single enemy that will come on your way.

The best way to get lower leveled units up to par is if you go into the highest-level Mock Battle where you can find even more units.