Here’s a Beginner Guide that will help you start the journey in TRAHA Global! 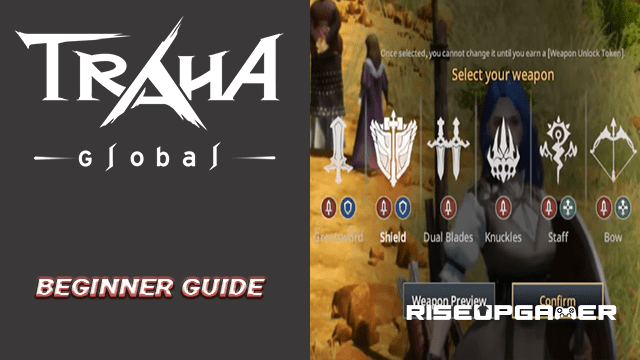 Traha Global is a newly released MMORPG that is based on a contest between two major factions where players are going to explore the massive open world and encounter battles based on RnR. The game is offering an infinity Class System, plenty of Raids and Dungeons to explore filled with a variety of PvP/RnR content, and also an amazing crafting system with various Professions.

In this beginner guide, you will find everything that is needed before you start to explore the world of TRAHA Global!

The first thing that you are going to do is to pick your faction. Each of the factions has its own story and morals. The main story quests are different, also some items like mounts make them different from each other.

Also, some of the spells have different cosmetic effects, but there is no specific gameplay advantage to either one.

If you playing with some of your friends, then it is recommended to pick the faction that your friends will be playing on because your interaction will be limited if you are on the other side.

Once you have picked your faction, you can go to the character customization. There are a total of four body types that you can choose from that determine animations and costume appearance.

Before you make your final decision, you can preview a couple of the costumes and different combat animations based on the class before you enter the main customization menu.

All of the body types can use all equipment and be any class, but costumes are differentiated by body type and do differ. The combat animations will give you an exact idea of how your character will look in a combat

Once you move to the main customization menu, you can spend hours customizing your character because there are a lot of options.

There are a lot of different things that can be customized and make your character unique and extremely close to your preferences.

You can customize the following parts:

If you have a hard time picking your choices, there is a random picker that will choose for you some of the presets for your character.

To make it even more unique, there are some accessories that can be used such as glasses, face masks, hats, fake ears, and more.

Once you are done with customizing your character, you can start the game, and it’s highly recommended to do the tutorial because it will give you a quick background of the faction lore and an introduction to the skill mechanics.

In the beginning, you will have your auto attack and some of the basic skills that you can use against the enemies. There are total of five slots, you can set up keybinds as you preffer

The first mechanic is the Hold Skills. For this, you have to keep the corresponding button pressed down, and you can also add on effects for holding them to their full duration like extra burst damage or knockdowns.

The second mechanic that you need to know is Timing Skills. It works as charging your skills by pressing the button and it will reflect with dealing more damage to the enemies.

You can also do your first class change as you progress through the game. It is pretty simple and you just click the weapon class icon and you can change very quickly. There is also The Shield which is one of the more tanky classes as you can imagine, but in the same time can deal some pretty hefty damage.

The good thing is that every class is not limited to a certain spec, and players have a lot more freedom even within class roles.

Once the tutorial is done, you will learn how to fight in combats and use your skills, and then you will be introduced to the world of Traha where you will continue with some selections for your character.

The first thing that you have to do is pick your first weapon. In this section, you have to choose carefully because you won’t be able to choose another in the next period of the game.

You can check the little previews of each weapon and how it looks in combat.

After you choose your weapon, you will have the option to choose your first mount from the main quest line and also you get an intro quest for life skills.

The main quest line is the only way to get class unlock tokens which is a thing that you must do.

As soon as you have entered the main world, you can claim the pre-registration reward from your in-game mailbox, and also after that on daily basis you will be able to collect different types of rewards such as items, coins, and more.

There are four professions that each have a gathering and crafting aspect to them. There are cooking, fishing, harvesting, crafting, mining, blacksmithing, excavation, and archeology.

However, any profession has a gathering mini-game that’s totally optional but it saves time and makes gathering feel a little bit more active.

Harvesting plants and logs is really simple. There are six images of flowers pop up at the bottom right of your screen, and you have to click on the three that are exactly the same.

There are also daily profession quests that you can do and speed up leveling by gathering and crafting specific items, and also there are advancement quests each time you’re about to hit the next 10th level bracket.

This is also something that will help you speed leveling along without running around and grabbing plants.

The fishing mini-game is pretty simple. Once you begin passive fishing, you have to click on the hook at the bottom right site and you will see a little fish icon that appears kind of like a bead, but it doesn’t slide back and forth like with timing skills.

You have to click and hold for it to slide up the line into the area between the two lines. You have to keep the fish icon in between the lines for five seconds by maintaining the position with your click pressure.

With crafting, you can make a whole load of stuff, proportions, and food that provides buffs, gear, and enhancement materials.

Since they are tied to the gathering profession, you also don’t have to level up the crafting separately.

Dungeons can be unlocked at level 12. You will start with solo dungeons and then as you progress you can do group dungeons in which you can collect a lot of rewards upon completing it.

Also at level 15, you will be able to unlock the Kingdom quests. They have special mob farming zones where you can go and defeat as much as you can within the time limit for various loot and Royal badges.

The badges can be used in the royal shop where you can find and buy some of the rare items in the game and different materials that are required for some certain quests.

Daily quests and side quests are not only for experience, but they also give you a chance to kind of mess around with other classes and builds since you can accept easier ones if you don’t have great weapon options.

World bosses are available from level 10 and they obviously need a big pack of players to take down. This is the best to rally your friends or your guild for some help and defeat the bosses.

You can find plenty of info about the bosses like spawn timed recommended, combat power, loot, and you can actually auto-path to them or just teleport.

Faction PVP is something that will keep you busy most of the time while playing the game. It is an eight vs. eight Battlegrounds level 15, and also a dual Arena level 18.

There are also 200 vs 200 battles that are available from level 10 which means anyone can jump in pretty soon in the game thanks to combat power scaling.

In Traha you can find tons of different ways to customize your build and empower your character.

If you are not strong enough to request, you can try digging through your bags and see if you have got any other enhancement stuff.

In the end, don’t forget about the daily events because there is so much free stuff to get.

You can find daily, weekly, seasonal events and different stuff that rewards you for trying various different types of content whether it’s by collecting keys or whatever.

Also, the daily activities will give you a list of stuff to do and help you establish a routine. You get rewards for each action completed daily, but you can also get cumulative rewards for doing them consistently in a month. 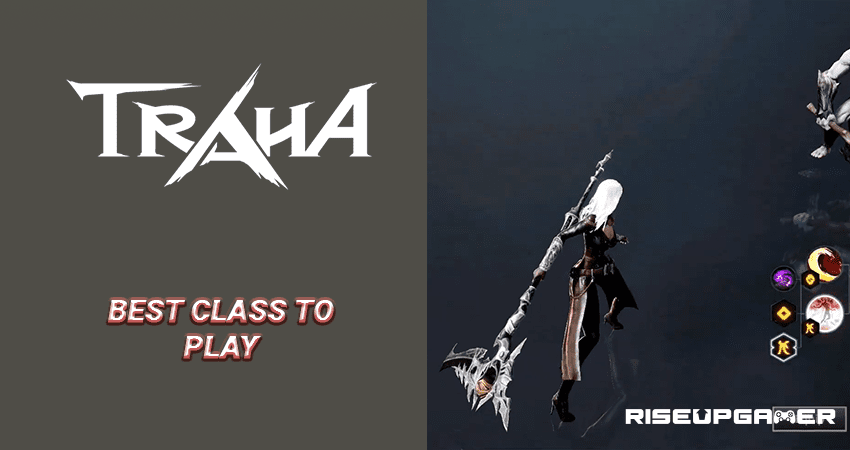