If you get the Character Error “Wanderer creation limit reached”, then let us explain how to fix it! 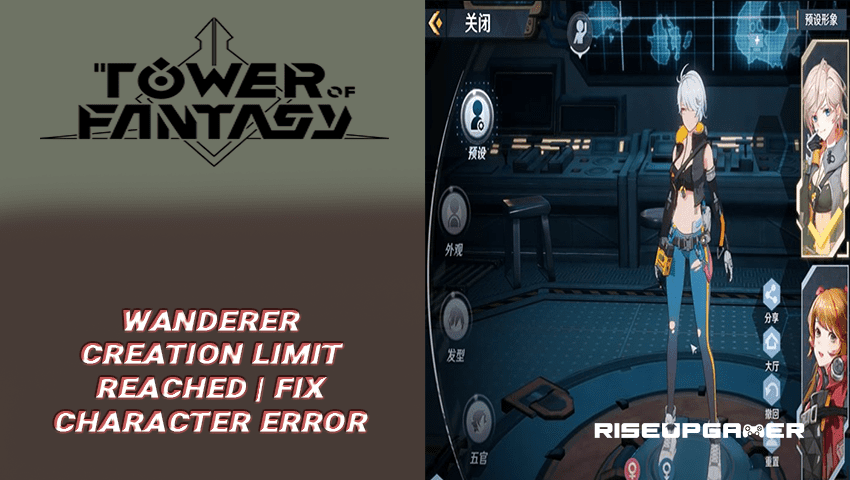 Tower of Fantasy is finally here and as it has tons of players who want to join the game, there is where the errors might appear in-game. Some of the players was reporting an issue with “wanderer creation limit reached”, which sometimes happens when there is a huge queue of players who tries to join the server.

In this guide, we will show you How to Fix Wanderer Creation Limit Reached in Tower of Fantasy!

It’s just a few days since the game is released, and there are already reports from some players that they have a problem while creating their characters.

All of them were receiving the same error which is “Wanderer creation limit reached”, and they were not able to complete the process of creating their characters.

As we know so far, there is only one way that can prevent these issues while creating a character in Tower of Fantasy.

Because the servers are extremely busy and full of players who are creating characters, the best solution to fix this error is to change to another server.

If you are creating a completely new account, you have to try and select another server, and this error should not occur anymore.

This might seem a pretty simple and primitive solution, but that is the only way that works for now, until developers take care of it and give us another solution or completely remove this error.