Tower Of Fantasy Vs Genshin Impact

Here you can find all the differences between Tower of Fantasy and Genshin Impact! 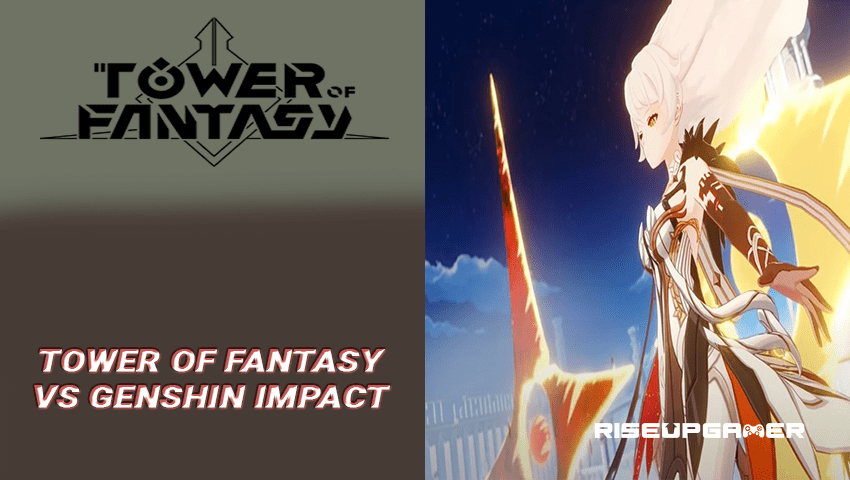 Genshin Impact became one of the biggest games on the market right now, but surprisingly there is a competitor on its way that might take the lead, or maybe not. Tower of Fantasy has plenty of similarities to Genshin Impact which is another open-world game, but we are going to expose all the differences between these two gacha systems.

This guide will show you all the differences between Tower of Fantasy and Genshin Impact.

Tower Of Fantasy Vs Genshin Impact

If you are a Genshin Impact player, then must be wondering if Tower of Fantasy is just a clone, or if you’re going to be bored playing because you already play Genshin and you don’t want to play another Genshin.

We will try to give you the best rundown on these two different games for you to make up your mind if Tower of Fantasy is worth it for you, or just stick to Genshin Impact.

Firstly, they are both gacha games, and depending on your wallet, luck, time commitment, and other various gacha game playing factors, it will really depend on if you can fit Tower of Fantasy in your gaming schedule.

They both have battle passes, various rewards and achievements for exploring, and vast worlds to actually explore.

Both games with the interesting main story and rich lore to help explain the various things throughout the world, but yet they are both distinctly different games.

Some of the animations may look similar but the power sets have a different dynamic to them.

In Genshin you run around with a squad and the people you play as are the ones with the power, and you give them whatever weapons you can find that will help buff their abilities.

However, in Tower of Fantasy, it’s more running around alone and the weapons are the power sets because when you pull in the banners for Tower of Fantasy, you are technically pulling for a weapon and not the people.

The person attached to the weapon comes with it as simulacra and you can actually run around as them if you want, but otherwise, it’s just your character on the field switching between weapons.

In Tower of Fantasy, players can have up to three weapons on their character with three different loadout slots.

Whereas in Genshin Impact, it’s four people in a squad which is a four-power set with four different loadouts available to you.

Both games have various ways to buff and level the abilities of the weapons/characters, but how to roll through them will vary from build to build and also game to game.

This will keep the combat feeling fresh between the two games and it won’t bother or confuse you which game are you playing at the moment.

When it comes to traveling, both have a fast travel system and both have gliders.

In Tower of Fantasy, it is more of like a rocket boost thing but it is the same general concept.

However, Tower of Fantasy has two additional things. One is the relics that you can equip which depends on what you equip and what it can do.

There is a turret you can have, a mech that you can ride, etc. and the second is the vehicles.

You can grind out a variety of vehicles if you want to, which would make sense as the world is big and far, and doesn’t feel quite as dense as Genshin does in some ways.

However, having a vehicle to traverse the areas without fast traveling is really helpful.

It looks like Tower of Fantasy’s story feels more personal or central to your character when you first start the game.

With Genshin, you get a big overarching plot that feels how the story opens which gives a really nice variety between the two.

Both games though have an intriguing and colorful set of characters to interact with and both starting areas feel like great areas to learn the basics of the game functions while still feeling like you are playing the game as opposed to just being in a tutorial zone.

For character customization is important to note that with Genshin you have a set character, and then various companions you pick up along the way, also have their set appearances.

With Tower of Fantasy, your own character can be customized basically however you’d like within the character creation system as well as a variety of extra outfits to change them into.

You can change that stuff up even after you get started into the game making it have a more personalized vibe to it if you’re looking for more of a role-playing aspect within the game.

Take note that currently, you can’t change the appearance of Simulacra, just your own personal character. There is though an alternate appearance you can eventually unlock for the SSRs.

The world in Genshin Impact is yours unless you invite someone is, which doesn’t really matter if you are a solo player or you want to play with friends as it’s very easy to switch between the two.

However, in Tower of Fantasy, you’re in an instance with other players running around your world.

You can’t necessarily interact with them as you could in a traditional MMORPG, but you can group up to two world bosses, group content as well, and there is even a PvP.

There is even a world chat feature similar to traditional MMORPG. If you are someone that is a hardcore solo player, this is definitely something to consider before playing.

One last note to take is that the game does put you in what is called a story instance and you will see it briefly pop up on the screen when you are doing certain story things.

Like this, other players can’t come in and interrupt it and ruin your immersion. 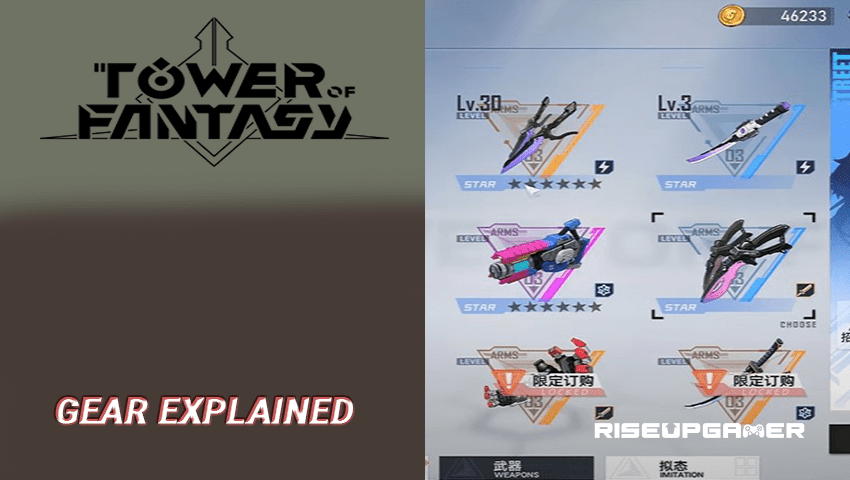