Defeat these yellow robots to get your hands on the Maglev Stalker! 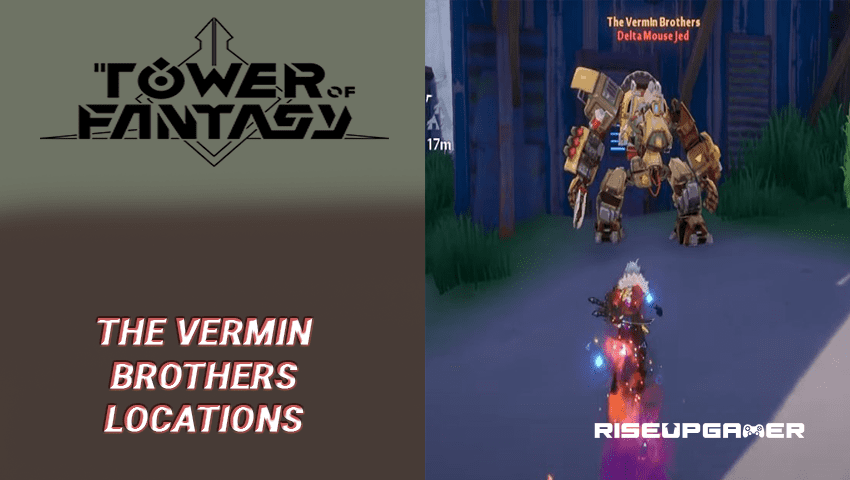 Tower of Fantasy is a massive open-world RPG where players can embark on an adventure across the lands of the planet Aida either alone or with their friends. As you explore different areas in the game, you will across various enemies such as the Vermin Brothers in the game. Fighting these rodent-controlled robots will give you a chance of getting the parts for the Maglev Stalker vehicle.

This guide will tell you the location of the Vermin Brothers in the game.

There are a total of four Vermin Brothers that you can find and defeating them will give you a chance of getting your hands on the Maglev Stalker.

It is worth noting that the Maglev Stalker has a drop chance of 1% with some people claiming it can take approximately 200 tries to obtain it. Since the game has 0.95% chance of dropping a vehicle loot, it might take a few hours before you can even get your hands on one of the parts.

Defeating these yellow robots called Vermin Brothers can take some time as each one of them has a shield as well as a few small enemies to protect them. That being said, here are the locations of all four brothers:

The first Vermin Brother known as Gamma Mouse Squeak can be found in the Rat Den’s Squeaky area at the above location on the map.

Climb the steel platform there to defeat this giant robot and farm for the Maglev Stalker.

The second Vermin Brother can be found in Rat’s Den: Jed near the Anchorville area on the map.

You will find the rodent waiting for you next to the ramp beside the steel container.

The third Vermin Brother can be found at the Rat’s Den Mitchell in the Loen Dusk area of the map.

You will find Alpha Mouse Mitch inside the enemy camp along with his minions waiting for you.

Last but not least is the fourth Vermin Brother who can be found roaming on the road in the Signal Stations ruin area.

You will find this robot walking slowly on the road so you can easily sneak up on him to gain an advantage.

That’s it, now go ahead and defeat these Vermin Brothers to get the Maglev Stalker!