Tower Of Fantasy: How To Get Inside Gemini Island

Activate the portal leading to Gemini Island by following this guide! 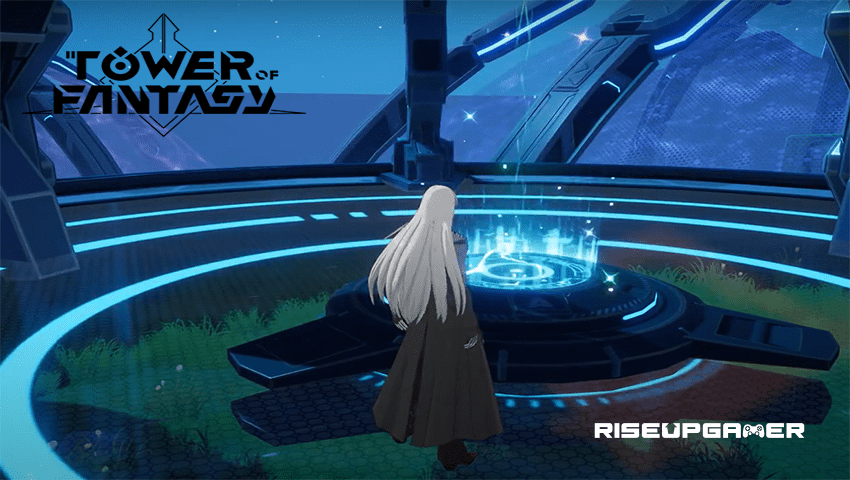 Tower of Fantasy is a fairly new Anime-inspired open-world RPG game, where players are thrown in a beautiful yet hostile world called Aida. In it, players will be exploring several areas filled with their own specific biomes, enemies to defeat, and materials to collect. That being said, accessing such areas could also take a bit of effort – with some more so than others.

For this guide, we will be showing you how to get access to Gemini Island, a new island part of the game’s Artificial Island section.

How To Get Inside Gemini Island in Tower Of Fantasy

Getting the Rapid Repair Devices

In the middle of the body of water in between Feiyun Mountain and the Broken Tooth Island in Tower of Fantasy’s Artificial Island, there you should see a stranded ship enveloped by fog. Stand there for now.

Then, face towards North-East, there you should see a small boat. This can be particularly tough to locate considering that the area is covered with fog.

On top of it is a Firefly. Collect it. You will be using it for later. Particularly, you need 3 of them.

The next boat is to the West of the one you are on. Make your way there to collect your second Firefly.

The third and final small boat is then located to the South-East of where you are now. Go there to get the third Firefly.

Once you have all three Fireflies with you, go back to the big boat where you were at from when we started.

Activate the three Fog-Repellant Lights in it. The first one is located at the tip of the ship.

The next is located at the very top. Climb there to activate the second Fog-Repellant Light.

The final one is located just beneath where you should be right now. Just go down and activate it.

Once that’s dealt with, a Black Nucleus should appear in the middle of the ship. Go to it and interact with it.

This should reward you with the first Rapid Repair Device. We need 2 more of this to unlock Gemini Island. Another thing, the fog should now be gone.

To find the next Rapid Repair Device, make your way to the South of Stranded Remains.

Tower Of Fantasy: How To Unlock Spacerift Eyrie

There you should see a large, sunken sphere-like structure. Go there to get the second Rapid Repair Device we need.

Once you’re in it, you should see yet another set of boats surrounded by fog.

Do what you did earlier and collect the three Fireflies on the small boats. These are easier to detect even with the fog because the space is much more compact.

Again, just like earlier, use the Fireflies to activate the Fog-Repellant Lights on the boat in the middle.

Their locations are fairly the same as the first one.

Doing so should clear out the fog and spawn a Black Nucleus in the middle as well. Interact with it too.

Now onto the third one, this time head towards the left of Island of Pins.

In the water, you should see yet another large, sunken sphere-like structure.

Again, this area will be surrounded by fog the moment you enter. Just do the same thing you have already done twice now.

After that’s done with, another Black Nucleus should pop-up. Interact with it to get the third Rapid Repair Device.

Once in possession of the three Rapid Repair Devices, head to the small camp located in the North-East of Stone Mountain.

Go inside the camp.

There you should see a broken device. Repair it using a Repair Tool Set.

You can get these by using the Fine Gifts you can purchase in the Points Store in your menu.

After the repairs, you may now interact with the Data you can find just behind you.

Getting Institute Key Card from Mutants

Next thing you should do now is to get an Institute Key Card from the Mutant enemies.

They can be quite tricky to find as they spawn randomly in the map. Locate them on the points marked on the map above.

Once you find one, simply defeat it. The battle should be straightforward.

Defeating it should reward you the Institute Key Card and an Achievement.

Going to the North Gemini Island

With the Institute Key Card, go back to the small camp you were from when you repaired a device.

Just beyond it should be a portal to the Gemini Island.

Go there and use the Institute Key Card to activate the portal.

Once activated, simply go inside the portal to be transported to Gemini Island.

There you have it! You should now find yourself in the famed Gemini Island. We sincerely hope this guide helped you doing so. 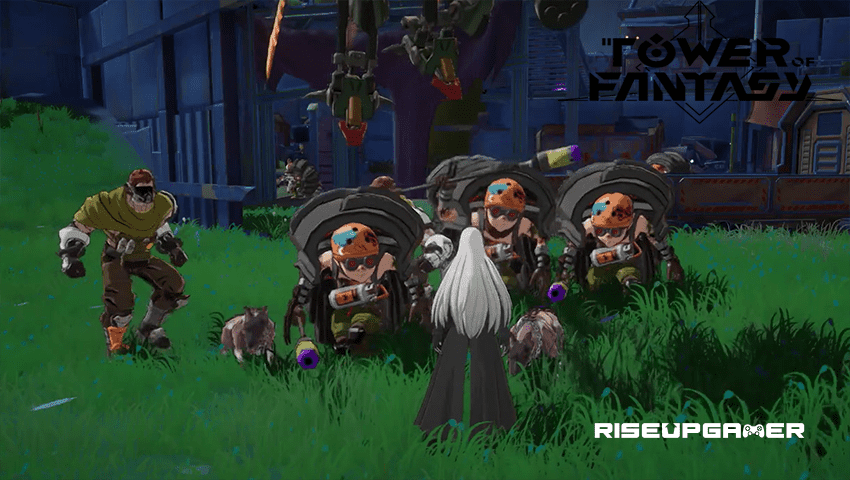