Tower Of Fantasy: How Do Summons Work? Explained

Time to learn about the summoning system in this game! 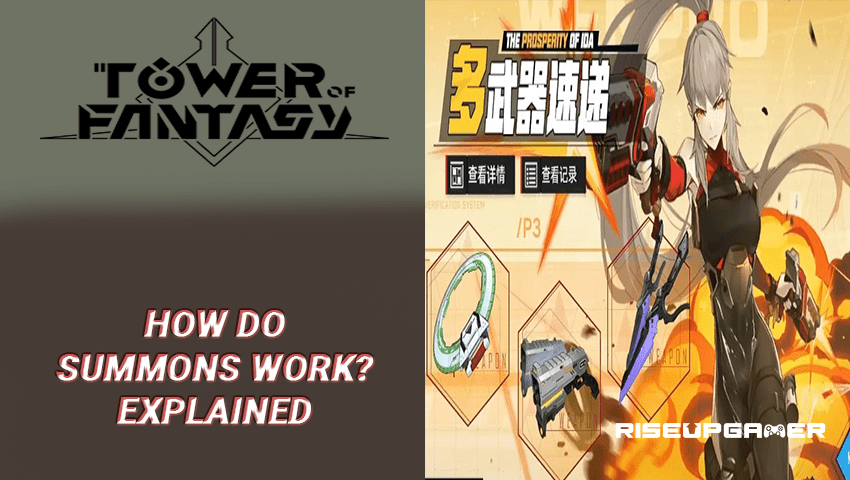 This guide will tell you how summons work in the game.

Tower Of Fantasy: How Do Summons Work? Explained

There are summons for weapons and when you use them, you will get Simulacra which is a character tied to that weapon and that character is like a skin.

These characters can be upgraded with the friendship/bond thing and there will be passive abilities when you use those characters.

Mainly you will be summoning the weapon that is the main effect and the character you are getting with the weapon is basically a skin that you can attach to it for cosmetic purposes.

There are three types of summoning for weapons/character skins: Black Nucleus, Gold Nucleus and Red Nucleus.

The Black Nucleus is very common and can be found almost everywhere as you can get them from completing daily challenges.

On the other hand, the Gold Nucleus are a bit rare and can be obtained from daily challenges but they are not as frequent.

You have a 0.3% and 0.75% chance of getting an SSR weapon with the Black and Gold Nucleus respectively.

You will get the token at the top right of the main menu and will be given as a reward to you when using a summon on the banner.

These tokens can then be used to buy duplicates of the weapon that you already have but they have to be available on the banner.

For example, the recently added character called Lynn has a fan that cannot be purchased from the shop since she was not added to the roster of units available in the Gold Nucleus so her weapon is not available.

Next is an exclusive character summon available in characters such as Ledrop and it shares 80 pity so no 30 pity is guaranteed for beginners.

When you get to 80 pity or get an SSR on this one, you will have a 50% chance of being the selected character.

While it might seem disappointing to get a 50% chance however you are summoning with these, every time you summon you will get a pity as well additional pity when you get SSRs.Basically, you get one token for each summons and an extra one for SSRs so you if do 120 summons then you can purchase an item worth 120 tokens in the shop.

There is a 50%-50% chance at 80 pity whereas there is a 100% chance of getting an item in 120 pity. These weapons however cannot be purchased from the other shop with the yellow ones that you get from spending Gold Nucleus.

At the end of the current banner, all of your red tokens will be converted to yellow tokens and the new character on the exclusive banner will have a new shop where you will need to summon them to purchase items.

So you cannot get 80 summons for Lyra and then hold onto 80 of these tokens and then wait for the next banner to get 40 summons to purchase that weapon.

These tokens will be converted to yellow at the end of the current banner and you need to wait for them to reach 120 tokens.

The Red Nucleus are very rare and there isn’t anything that will give you these things in the 1.0 version however you can expect daily missions and logins in 2.0 that might reward you with them.

Mostly you will be purchasing them but they are the main thing that you will wish to spend your premium currency called Black Cubes on.

You can purchase them from the shop and they are available at the same cost as the Gold Nucleus.

Purchasing these Red Nucleus will give you access to exclusive characters so make sure to save your premium currency to spend on them as they will be the main source of obtaining characters when they come out of their specific banners.

To recap these are the Nucleus that you will find in the game:

Next is the secondary type of summon which are these chips called matrices and they are gear that can attach to your weapon. Your weapons will have 4 gear slots on them and you will get various effects for equipping them.

They have 40 pity and a 1.7% drop rate so you shouldn’t purchase these summons as you are likely to get them during your progression.

You have a 50% chance of getting them from doing different activities in the game and there might be certain cases where you might require these in the future.

There is another thing called Dupes that you can get out of seven copies of your character and they are stars on your characters with a maximum of six characters.

You get one base copy and upto 6 stars on them, people often refer to them as constellations in Genshin and as you get more stars, you will get extra passives on your weapons that affect their performance.

Some weapons such as crow are best used at 6 stars whereas others will be fine even at 1 star.

There are six stars that you can get on every weapon and these stars can be obtained by using Dupes that you can collect from Gold Nucleus, Black Nucleus or the Shop.

For the more exclusive weapons, you can get them during the banner or wait until the character goes on the Gold Nucleus banner.

That’s everything you need to know about the Summoning system in the game! 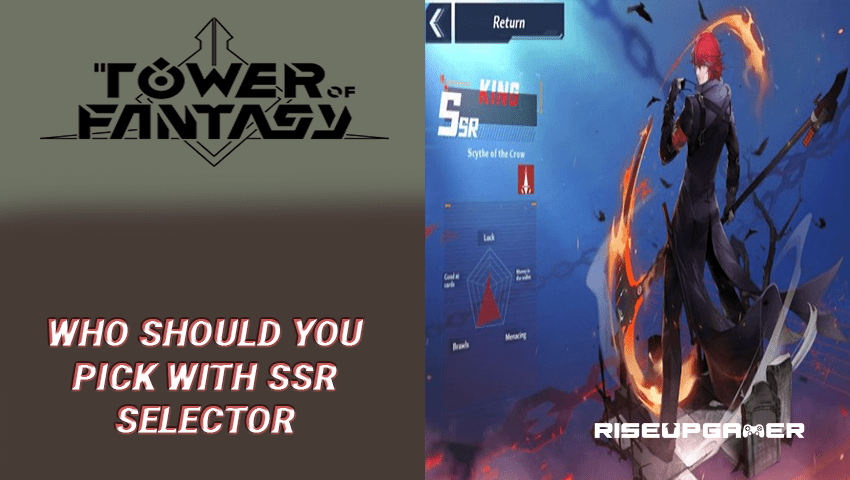