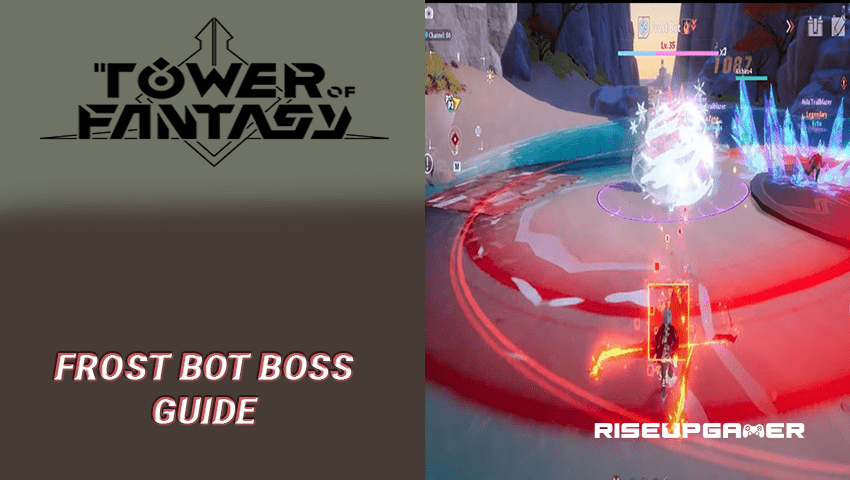 Tower of Fantasy is a massive open-world game to explore with plenty of collectibles, quests, tasks, and bosses to defeat. Some of the bosses are the main ones who can be a real challenge if you don’t know how to fight them. Frost Bot is one of the world bosses in Navia Bay, and today we are going to tell you everything about this boss fight.

This guide will show you Frost Bot World Boss in Tower of Fantasy.

The Frost Bot World Boss can be found in the northwest part of the map, in the southwest corner of Navia Bay. It is a small one-sheer, surrounded by a large, round metal where the boss is sitting.

It is located towards the top end of the map in the bay area, to the left of the deeper shallow area.

If the boss is not spawned or killed already, you can try and find him on some of the other channels.

Frost Bot has several attacks and tactics that you have to know before fighting him. He is a decent opponent and knowing some of his mechanics will bring you to a successful victory.

Tower Of Fantasy: All 10 Lock Passwords
Read next >
Tower of Fantasy
Latest