Conquer the sea of lasers; finish the Beam Challenge! 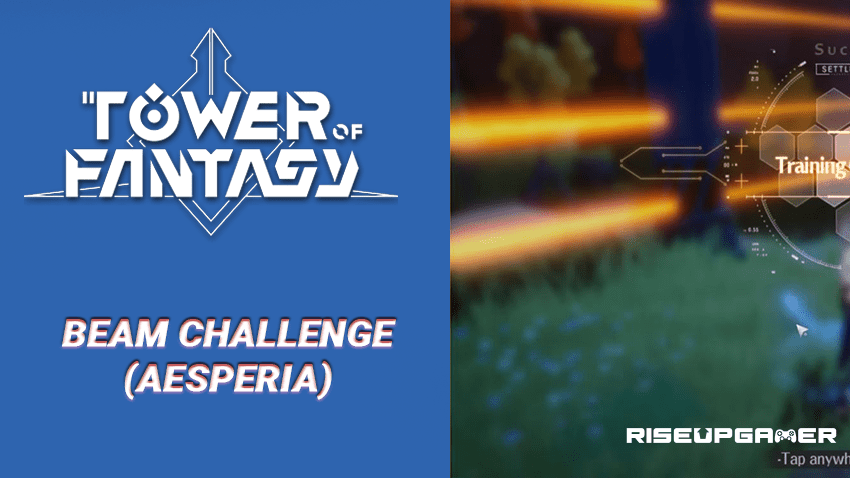 Tower of Fantasy is a great anime game where you get to go around the open world, complete various challenges and upgrade your characters with different pieces of equipment, level them up, and even learn new abilities. While exploring its vibrant world, Aesperia, you will surely encounter several side-quests and challenges that you may want to take on in exchange for rewards.

In this guide, we will be showing you how to complete the Beam Challenge located in the Eastern part of Astra.

How To Complete The Beam Challenge

The Beam Challenge is located on a small island on the east of Astra. It involves players avoiding a series of laser beams to get to a certain point.

Refer to the image above to see where the challenge precisely is.

There you would see Josephine standing on some wooden planks just beside a large steel structure. Once you talk to him, he will tell you that he has invented a new device for the arena that he wants you to test out.

Agree to help him and the challenge should automatically start.

You will then be transported to an area that is filled with laser beams that you need to go through to help Josephine test his new invention out.

The objective here is to reach the finish line well into the sea of beams without hitting a single one of them. It also has a time limit of 1:37. So that’s that.

Worry not though; the challenge is fairly easy as long as you follow the technique we will be showing you.

Position yourself in the very middle and jump across the first laser.  Jump across the next one as well but be careful not to hit the beam above. Use dash to propel yourself forward while positioning to the left.

The next jump will be much narrower than the previous two. Just do what you did from the previous one but now, pay attention to your sides as it will also have beams. Take your time on the final jump.

Say that you made the jump without hitting any beams and starting over. Just go to the point represented by a faint blue light on the ground. This will finish the challenge.

After finishing the challenge, you will be transported back in front of Josephine. Talk to him to receive your reward for helping him.

Completing the Beam Challenge rewards you with a Gold Nucleus.

That is it! Completing the Beam Challenge requires precise jumping skills. While it may take you a few turns, it isn’t that hard to get so worked up. Just don’t be pressured by the time limit and take your time.

Tower Of Fantasy: All 10 Developer's Logs Locations
Read next >
Tower of Fantasy