Tower Of Fantasy: All Ruin A-01 Hard Chests Locations

Check out this guide to find all the hard chests in the Ruins A-01 area! 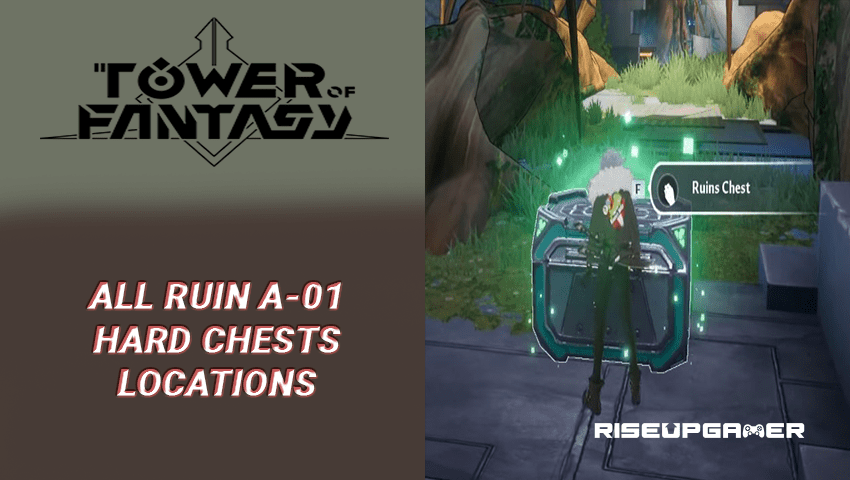 Tower of Fantasy is a massive open-world RPG where players can embark on an adventure across the lands of the planet Aida either alone or with their friends. During your journey, you will come across plenty of chests such as the ones in the Ruins A-01 area. There are a total of 6 chests that you can collect inside this area.

All Ruin A-01 Hard Chests Locations

The first chest is located behind this piece of debris in the right corner of the room.

Destroying it will allow you to collect the rewards inside the chest.

The second chest can be found by heading right from the location of the previous chest.

Jump down from this platform to defeat the enemies located below.

Now throw this orange-coloured explosive to destroy the debris blocking the path.

The 2nd chest will be can be found after you break the debris.

To find the 3rd chest, proceed further and defeat the enemies.

Use the orange debris to clear the debris blocking the path.

Now collect the 3rd chest hidden behind it.

The fourth chest can also be found in the same area by destroying the debris next to the statue.

You can also collect the fifth chest on the right side of the staircase.

To find the sixth chest, go back to the entrance of the ruins and fire your guns at the explosives to clear the blockage.

Use your ability to create a tower and then collect the last chest.

That’s it, you have successfully found all the chests in Ruins A-01! 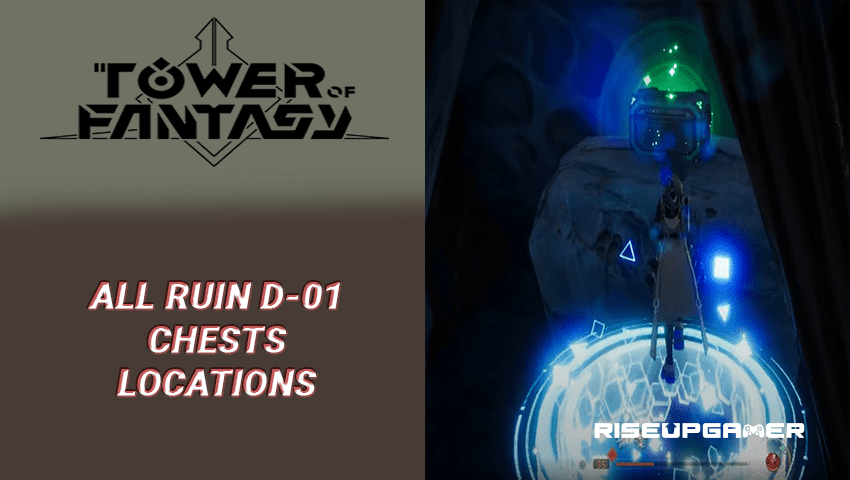