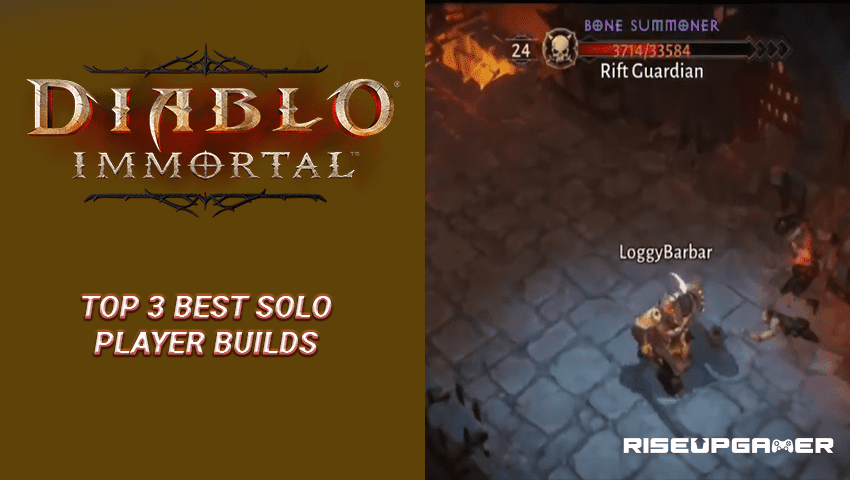 There are plenty of different ways to enjoy Diablo Immortal such as playing with friends or public matchmaking however there are not a lot of builds available if you wish to play solo.

This guide will tell you the top 3 best solo player builds in Diablo Immortal.

The first solo player build is the Barbarian which offers cool abilities to wipe out hordes of enemies with his AoE attacks making him a great choice for levelling and farming.

Another advantage is that the Barbarian class also has some of the best group buffs in the game and can be plenty powerful during the end game stages.

There are three different skill setups available each when you reach level 8, level 15 and level 50. While the levels 8 and 15 are levelling builds, the level 50 build is meant for end game stuff

The best starter build at level 8 is to have a lacerate cleave, hammer of the ancients, chain spear and whirlwind.

You can use the same build at level 15 but swap the chain swear for the sprint ability.

Finally, when you reach level 50 you can use broad of the berserker instead of the cleave ability.

This is another great class that can deal an insane amount of damage to groups of enemies while moving around on the battlefield. This can be really useful for levelling, farming and endgame dungeons as you can attack enemies while positioning yourself to stay out of harm’s way.

You can also activate your Vegenance and Reign of Vengeance skills to become the highest single target damage dealer in the game.

There are three different builds that you can consider when you reach level 15, level 28 and level 50 in the game. While the level 15 and 28 are levelling builds while level 50 is meant for endgame stuff.

The best starter build at level 15 is to have the Crossbow Shot, Knock Back Shot, Multi-Shot,  Reign of Vengeance and Daring Swing.

You can use the same build at level 28 but swap out the Knock Back Shot for Century.

Finally, at level 50 you can switch out the Century for Vengeance

The Crusader has super high AoE damage with incredible speed and a bunch of party-wide buffs. It is a melee and V damage based class with the fastest overall movement speed in the game due to its ability to ride a horse.

There are three different builds for level 8, level 15 and level 20 respectively. While the level 8and 15 are levelling builds while level 50 is meant for endgame stuff.

The best starter build at level 8 is to have Punish, Spinning Shield, Shield Glare, Sweep Attack and Falling Sword.

You can use the same attack at level 8 but switch the Shield Glare for Giant Quarter.

Finally, at level 20, you need to swap the Sweep Attack for the Consecration skill

The main attribute for all the classes is Strength while the Secondary attribute is Fortitude. You can achieve this by using equipment that is either of these attributes in them. For your weapons, you will need to prioritize how much damage it does and secondly what attributes it offers.

As far as gems are concerned, you can find normal or legendary gems to further increase the power of your character.

The top 3 normal gems are the pink gems aka the Tourmaline which boosts your damage while the blue gems aka Sapphire increase the penetration of your armour and finally the yellow gems aka the Topaz offer increased resistance.

You should only use the legendary gems for the best gear that you have in your inventory. A good starter gem can be the Trickshot which allows you to channel your whirlwind skill longer especially when ranked up and awakened. It is by far one of the best star gems for the Barbarian class.

Another gem is the Everlasting Torment which deals incredible damage over time after a critical hit and can be very powerful for a simple one-star gem. Finally, the third-best starter gem is the Lightning Core which does direct damage to an enemy group often wiping them out in the process.

Once you hit level 60, you will also unlock Paragon levels and each subsequent level increase will grant you one paragon point that you can allocate into any open category.

There are a total of five categories and each one gives you more defence, XP bonuses etc. For all the classes, you should put your points into the Vanquisher category and follow the points charts showcased above.

That’s it, these are the best top 3 Solo Builds that you should try in Diablo Immortal! 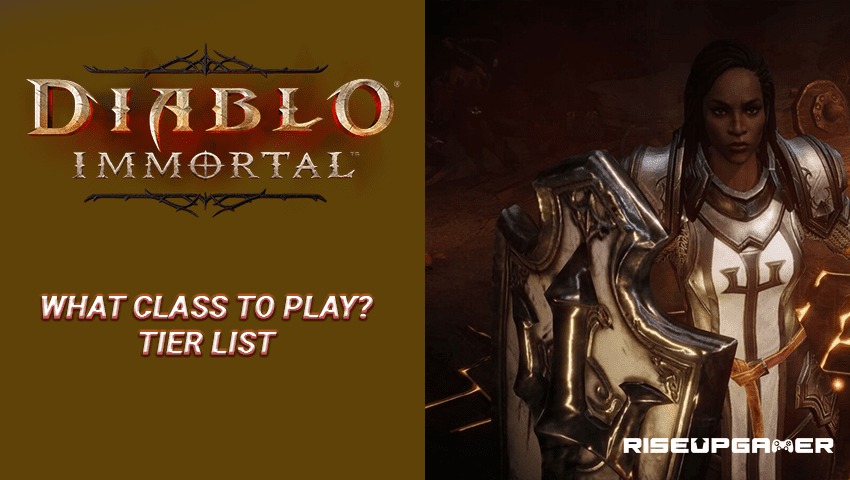