Check out this guide to easily defeat The Hanged Queen in Thymesia! 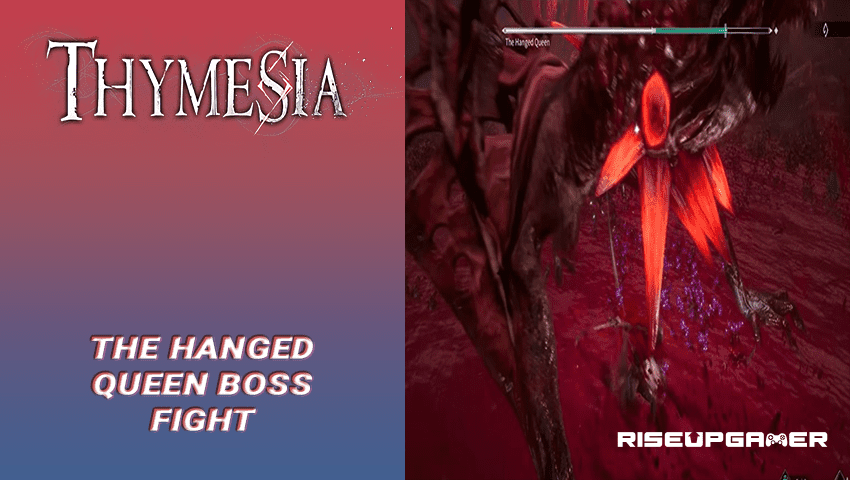 Thymesia is a grueling action RPG with fast-paced combat and an intricate plague weapon system. Players will seek the scattered memories of the past while treading through the plagued kingdom of Hermes. Following the main story, you will come to a stage where need to encounter The Hanged Queen who is an enormous bat that likes to slam down from the sky.

This guide will show you The Hanged Queen Boss Fight in Thymesia.

The Hanged Queen is the main boss you have to defeat in the Royal Garden’s area of Thhymesia. She can be a big challenge for you if you don’t know some of her mechanics. Other than that, you need to set up your character pretty well in order to make this fight easier.

There are a few tips and tricks that you need to know before fighting with the Hanged Queen.

The boss is always trying to make a space where she can heal herself from the blood pool below. Must make sure to stay closer to her and don’t let her start healing. Always run to hir and hit her with every single chance.

Also, if you stay closer to her, she will do more of her melee attacks and she won’t be able to heal that much. By staying closer to her, you can trap her and deal a lot of damage to her while she can’t run away.

When you see her jumping backward, it means that she is going to heal. In the same time, she is going to attack with her sonic blast, which can be easily dodged. At this moment you should chase her down and attack her fast to stop her healing.

Keep in mind that it is best to attack her claw as she heals because like that you will deal the most damage to her even when she starts to heal.

To dodge the Ranged Scream is pretty easy. Normally when you are in a far distance from the Queen, she will start to inhale air and at the moment when she drops her head down, she will release a sonic blast.

At this moment, just run towards her, but slightly to the side so the blast won’t hit you.

You can easily notice this attack from the telegraph.

If you are staying close to her, she will raise her wing and then slam on you. This might be the hardest attack to deal with because the timing of the follow-up is quite difficult.

You can dodge it by running to the other wing, and she can miss with the first hit.

Plague weapons with a high wound or improved dodging are the best option to fight the Hanged Queen.

There are plague weapons that could be unleashed to deal high wound damage, and you will have plenty of time to use the abilities when she heals or does a body slams. 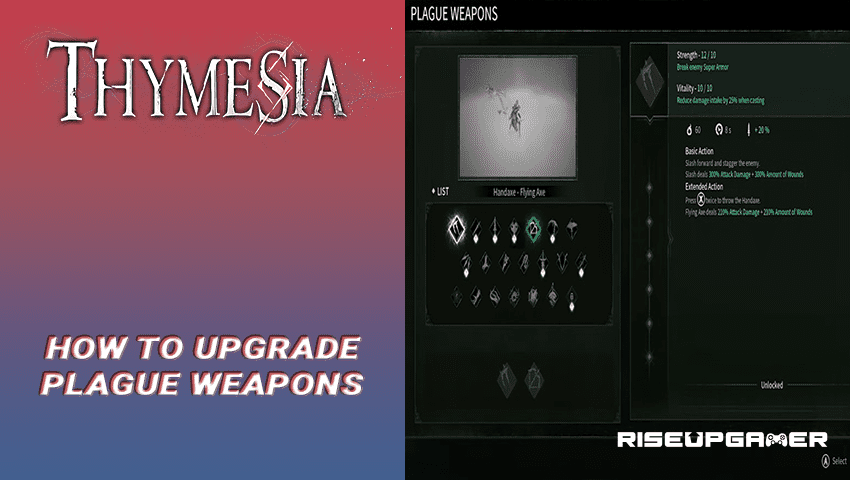 Thymesia: How to Upgrade Plague Weapons
Read next >
Thymesia
Latest