Thymesia: How To Defeat Varg Boss

Want to know how to defeat Varg Boss in Thymesia? Check this guide to find out! 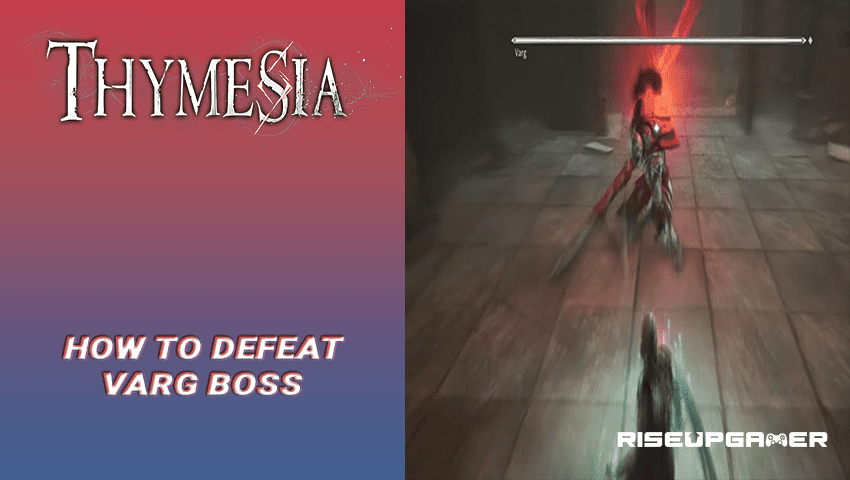 Thymesia is a grueling action RPG with fast-paced combat and an intricate plague weapon system. Players will seek the scattered memories of the past while treading through the plagued kingdom of Hermes. Many dangers are waiting for you in the world of Thymesia, and one of the bosses you will have to defeat is Varg, the one who murdered you during the tutorial, but this time, it is your turn to win.

This guide will show you How to Defeat Varg Boss in Thymesia.

How To Defeat Varg Boss

Varg is the boss that you might already meet in the tutorial. Yes, the one who murdered you, and now you have a second chance to win his battle.

Fighting this boss is not so difficult because he is kind of slow and predictable with his moves and actions.

Varg uses a big sword and lots of armor. During the battle, he has two phases. Before starting the fight, you will have a big advantage against him if you know some of his attacks and mechanics.

In general, all of Varg’s attacks can be countered by deflecting. All his attacks have a long windup and come out slowly which are easy to avoid.

These are the following attacks of Varg:

In the first phase of the fight, you need to watch out for Varg’s slow and high-damage attacks. You need to use every opportunity to hit him once he performs some of his attacks.

Once you take out his health bar, which is pretty easy in phase one, he will switch to the second phase where his melee attack will be much faster and he will get his ultimate ability.

Phase two is almost the same as phase one. Now, Varg will attack you more aggressively and you won’t have enough room to run away.

The only thing that you have to be careful of is the combo attacks that he can perform, but anyway they are pretty easy to deflect.

Don’t forget about his ultimate that he will use once phase 2 begin. The only way to counter this attack is just to fall back.

Before starting the battle, you have to know that Varg is relentless, and it is highly recommended to use Talents that will improve your deflect abilities. Aside of that, Long Claw is another talent that you could use because of the huge damage that it deals.

In order to defeat him, you must deflect him as much as possible.

Use the opportunity to attack him between the combos. He is slow, but his cooldowns are pretty short. 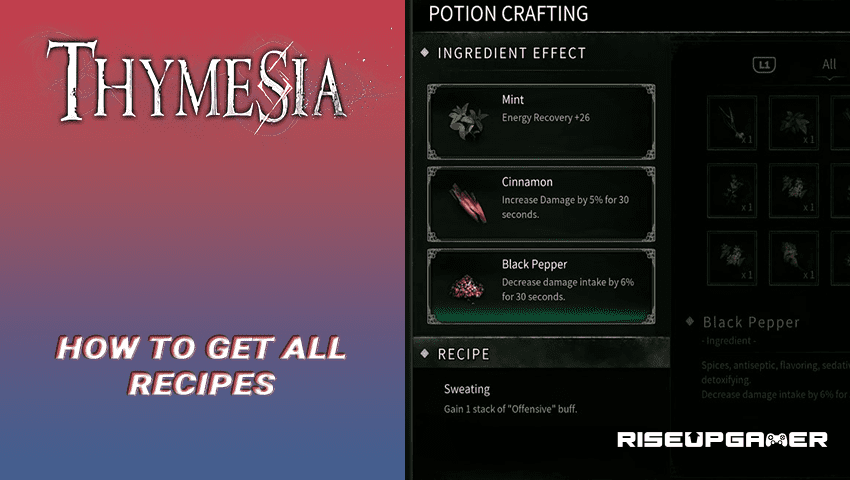 Thymesia: How To Get All Recipes
Read next >
Thymesia
Latest