The Quarry: How to Get the Best Ending

By Borut Udovic
Want to see the best ending for The Quarry? Check out this guide! 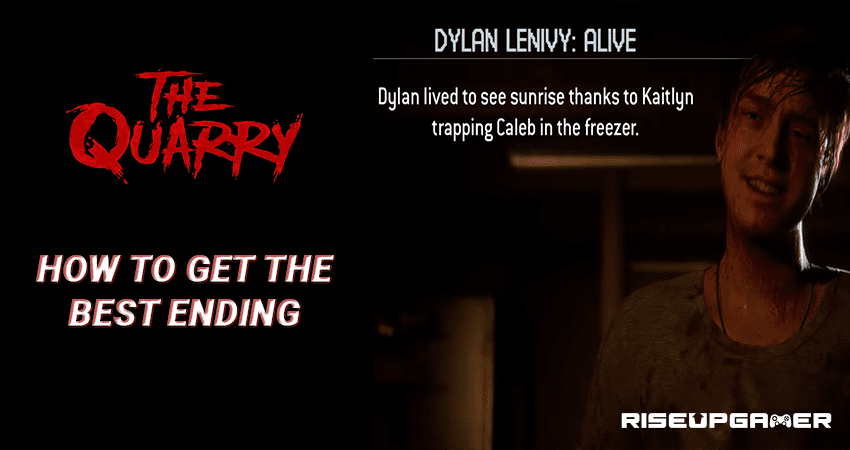 The Quarry is a horror game that varies based on your actions. In each chapter, there are actions that you can perform which will change the way how your ending is going to be and how many survivors will survive. You can make a combination to either get the best ending or the worst ending possible in this game.

The Quarry: How to Get the Best Ending

It’s possible to make sure that all 9 members of the game are safe and survive a night in Hackett’s Quarry. There will be a sacrifice, that sacrifice is the bad guys getting killed and allowing the good guys to survive.

In order to get to the final scenario of the game, you need to have all chapters set up with these proper choices:

As the game goes on and you reach the final stages, these will be some of the options that you need to choose in order to get the best possible ending and save everyone.

Once you’ve done this exact pattern of choices, you will get some interesting scenarios where characters survive the night in the quarry and Eliza will come out in the last cut-scene explaining how things did not go as she had planned.

The Quarry: Which are The Worst Endings You Can Get?
Read next >
The Quarry
Popular now
Latest