The Past Within: Walkthrough Chapter 1

Want to know everything about Chapter 1 in The Past Within? Check out this guide to find out! 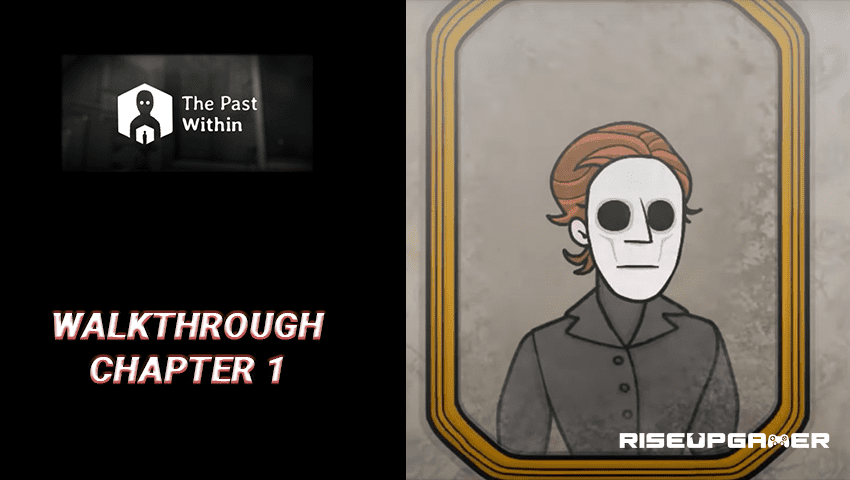 The Past Within is a brand new fun to play co-op game where you can play with a friend of your or multiplayer and solve puzzles together. One player is in the future and one in the past. Both of you need to cooperate together if you want your side of the puzzle to be completed successfully. The game is split into chapters, all of them having various challenges for you.

This guide will walk you though the first chapter in The Past Within. Let’s dive in!

So, once you’ve chosen which player will be in the future and which in the past, its time for both of you to enter the first chapter and begin the first puzzle.

The player who is in the future will have a box filled with options, symbols and its used to communicate with the other person from the past.

The person from the past will receive letters and have to connect some numbers and information that are given from the past to the machine that is in the future.

From now on, you have a bit of ping-ponging along where the person in the future needs to communicate with the person in the past about what items they have acquired so they can continue further into the puzzle.

After a few correct choices, the person in the future will obtain a match box with a metal switch inside. This switch will allow you to go into the next phase of the puzzle, where you need to turn to the side of the box and attach the switch there to power the next options.

Note that the person in the past has to look around various rooms to find these symbols.

You will now need to find a key from the picture where the coffin is and unlock one of the shelves in the past to find a mask. This mask is used to place on Rose’s face in the picture frame. Which will protect her from all the smoke.

After that you will be given a floppy disc with some information that you need to crack. All the info can be found through the door you previously opened up. On some pieces of paper, you will find the correct order for this puzzle of the box.

After opening up Albert’s coffin, check out the shape of his ears to open up the secret altar.

After quite a few more small puzzles, the altar will be unlocked and a lot of DNA will be acquired from Albert. With the machine from the future getting a lot of information, it will start to heat up to a point where you find a screwdriver and begin to open it up, only to find that a chess game needs to be played there.

After that, the soul of Albert will escape his body and have a physical form. It will be a black shaped body with big eyes and will ask for help.

After some time, Albert’s soul will create a machine where it’s connected with the future and the past as well. Both of these machines will start to communicate with each other, making them overheat and explode.

And just like that, you will reach the end of Chapter 1 in The Past Within.