Complete the puzzle in Osiris Research Center with relative ease! 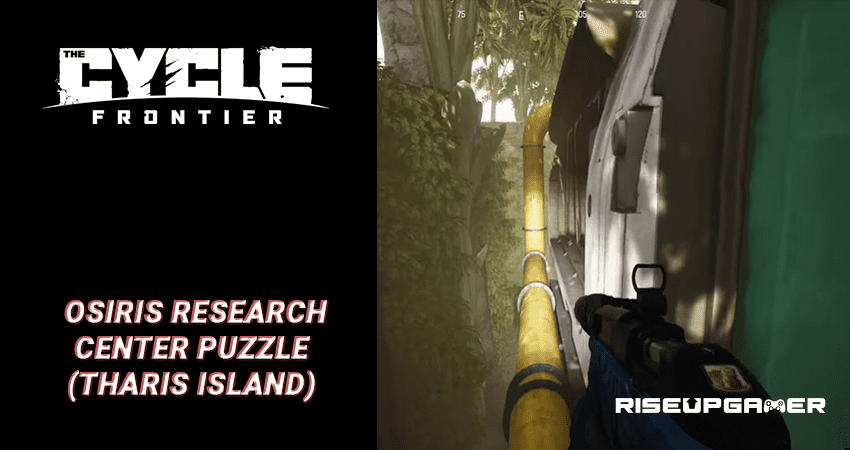 Alongside the newly added map to the online first-person shooter multiplayer game The Cycle Frontier, Tharis Island, are tons of new quests, missions, and areas for the player to take on either with friends or solo. One of the most interesting new areas on the game is the Osiris Research Center. That said, this area is filled with several locked doors to which you must first need to solve a complicated puzzle to get access to.

In this guide, we will be showing you how to solve the puzzle in the Osiris Research Center and how doing so directly leads to a different quest, particularly the Race to the Bottom part 3.

The first thing you have to do, of course, is to go to the fabled research center.

See the map above to see where you should be.

Start by facing directly at an opening that has a laser guarding it.

Vault over the laser and take the battery powering it at the corner of the room.

This will turn off the laser. Now with the battery at hand, head up the stairways.

On the second floor, pass through the small tunnelway.

Use the stairs to the left and go to the right. There, you should see another tunnelway.

Jump over the laser blocking the path forward.

Once in the next room, head up another staircase and go to your right.

Put it in the box glowing with yellow light.

After putting the battery where it should be, go outside the room and proceed now to the room directly across the staircase you just went up on.

There you should see a broken window that has a large yellow pipe attached to the outside. Go there.

Carefully navigate your way to the next level of the facility using the large pipe.

You should see another broken window you can enter. Do just that.

Step outside the room and look immediately to the left.

You should see a doorway that can now be opened thanks to the battery you put in just a while ago.

The Cycle Frontier Season 2: How To Unlock Tharis Island

There you should see another battery. Take it with you.

Drop it for a while and head over to the corner of the hallway.

You should see there a lever just beside some sparkling wires. Use it.

With the battery at hand again, head downstairs.

You should see yourself back in the room where you put the first battery. Take it with you as well.

With the two batteries, head to the center of the facility.

There you should see that there are three battery sockets. Place the first two you got.

The third battery can be located near the facility’s center.

Head over to the path as seen in the image above.

Simply head downstairs and get the battery directly after the stairway.

Put it in the third and final battery socket.

This should unlock a room a floor above you. Head there now. You have now completed the puzzle.

Atop the table within the unlocked room is the Holo Map needed to complete the third part of the Race to the Bottom questline.

That is it! While it may prove confusing to some, completing the puzzle itself is pretty straightforward. We do hope this guide made the process much easier for you. 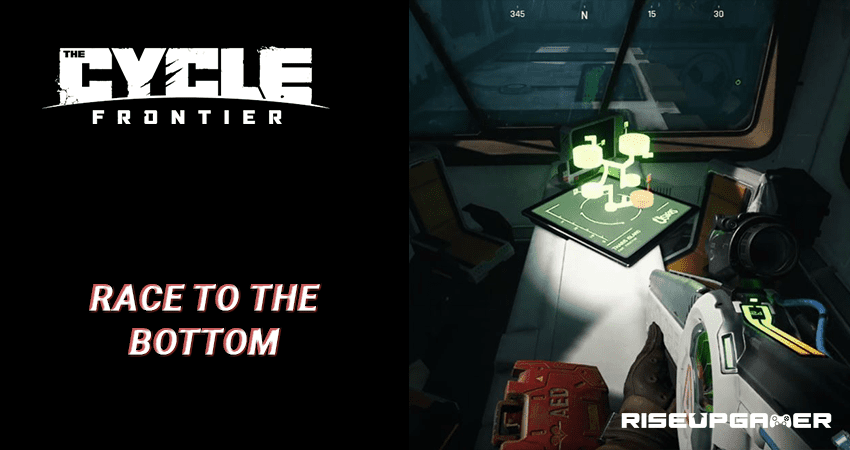