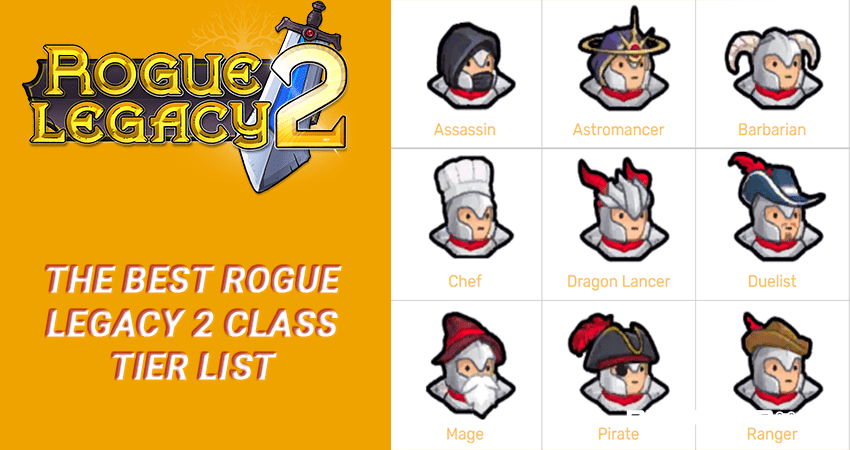 Rogue Legacy 2 is an adventure game where there are different character classes that have different mechanics. In this game, you are given puzzles, enemies, and giant obstacle courses that you need to pass in order to complete a mission and get closer to the endgame story.

This guide will show you the class tier list in Rogue Legacy 2.

There is a total of 15 classes that there are in Rogue Legacy 2, they are:

All these classes have different and unique mechanics and abilities. That’s why people have made class tier lists to separate the bad, good, and best classes in the game.

This is the best class that you can use in the game right now, combat roll is the ability that makes him strong.

This is a 2-second cooldown ability that lets you go through anything.

This high damaging class is great for dealing a lot of damage on a bigger number of mobs at the same time, the problem with this class is that it’s slow and it requires getting hit in order to return the damage.

The Ranger has a great skill that allows them to have more mobility and stand wherever they want, archers also have a great bursting ability.

The boxer is placed in the s tier because this class has a built-in combo system. Every time you reach a 15-hit combo, you get a 100% critical strike chance. A great mobile class that can move around quickly and escapes dangerous areas.

This class is great for exploring, money runs, and mobbing. The only downfall for this character is that it’s not great for bossing. Because of his soup, he is able to duplicate all health and mana potions that he picks up.

Assassin is a tricky class to play. Every time you attack with an assassin it’s like you attack 3 times, 2 weak hits and 1 strong hit. They are based on critical strikes and have low defense stats. They have low health but can get out of tricky situations quickly.

This is a class similar to the Ranger. The only difference from the ranger is that this class has faster attacks with lower damaging hits. This is a basic transfer of playstyle between the two characters.

A change in relics is something that can make this class even more powerful.

This class is not very good. They have the ability to charge their lance and fly in the air. They need their shield to be up almost all the time and it has a giant cooldown, making them vulnerable to many attacks.

Mages are low-tier because their playstyle depends on what type of spells you get. They don’t get as much mana as you would like, meaning that almost all their skills will be on cooldown or not available.

This class is amazing, they come with a weapon that can attack in all directions. This means that the Valkyrie can easily reach an opponent without moving too much.

Different classes have problems reaching enemies who are below them or in any other difficult situation.

The knight is the basic beginning class, they have a solid basic attack with great scaling damage. The shield ability is really good which is tough to use. You need to skill this class greatly in order to perform greatly.

This is your typical high-strength low health character. This class comes with one of the longest-ranged weapons. A great thing with this weapon is that he can aim his weapon diagonally up and down.

The weakness with this class is that he has low attack speed and needs to wait several seconds in order to charge his weapon.

Bard has a lot of potential but that potential is impossible to build up. He has an ability that will shoot a star and bounce around the area. The problem here is that it takes a lot of time for that ability to charge. 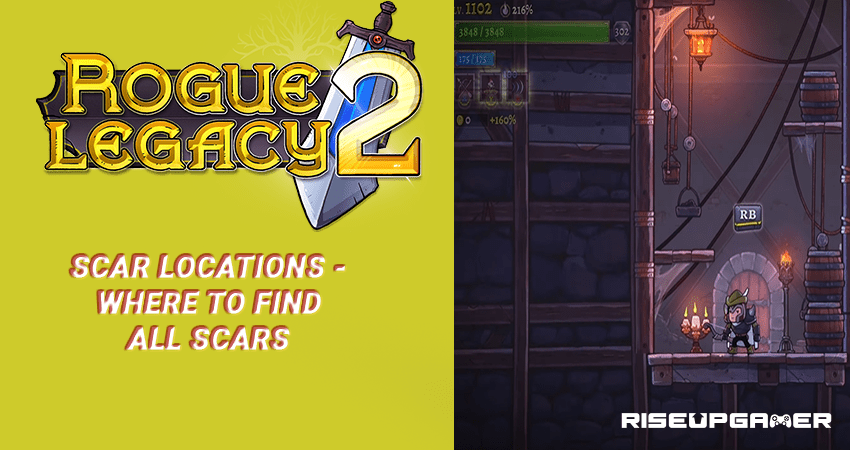