Want to find the Rock Crusher Location in The Ascent? Check out this guide to find it! 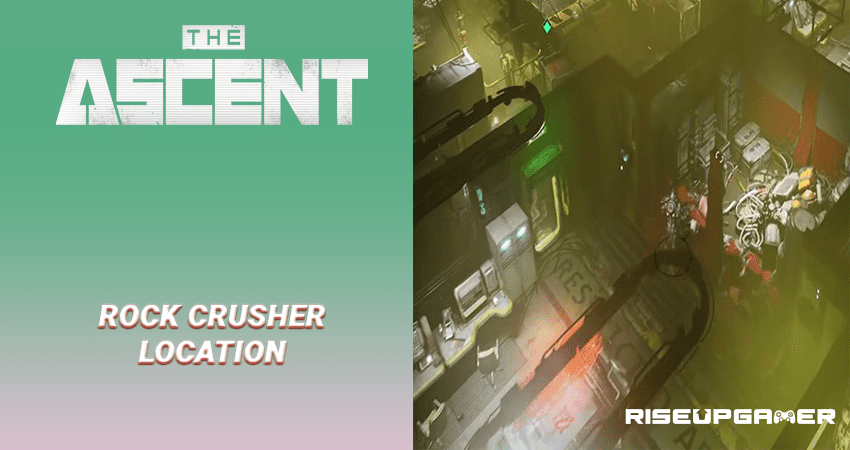 The Ascent is a cyberpunk-themed action role-playing video game that presents an isometric character. The game features a destructive environment that reacts to the player’s actions, such as bullet impacts, skill powers, and explosions. By defeating enemies, players will collect loot of various rarities, and find a lot of items by completing missions, exploring the world, or purchasing them from vendors with in-game currency.

This guide will show you the Rock Crusher Location in The Ascent.

Rock Crusher is a melee weapon. The only way that you can obtain this weapon is to own the Cyber Heist DLC or know someone who does have it and play with them. Other than that, there is no possible way to get this weapon.

The location of this weapon is in the new area, at the Harbour. If you are going through the new DLC mission you will actually go through this area.

You need to get inside the double building, and when you get there, you have to break the wall in between which has red paint on them.

You can easily break the walls with a melee weapon.

Right in the middle of the building after you break the wall, there will be a chest which is an Ice 3 chest, and you will need a higher cyberdeck in order to get it.

Once you open this chest you will obtain your Rock Crusher which is an amazing melee weapon dealing tons of damage.