Check the List Of All Gods in Tactics Ogre: Reborn! 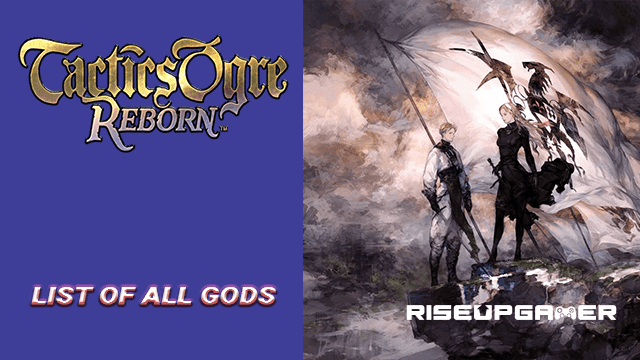 Tactics Ogre: Reborn is introducing a new list of characters and elemental gods through the big number of cards.

At the beginning of the game, it is a very crucial decision which god you will choose to play in the further game.

Each god has its own powers that are going to help you sustain against the enemies that stand on your path.

In this guide, we will show you the List Of All Gods in tactics Ogre: Reborn!

Elemental Gods are the most powerful characters in the game, and you will have to choose at the beginning of the game.

Right now, there are a total of eight Elemental Gods that can be found in the game.

In the list below you can find each of the gods:

Each of the gods has its power, and they have different affection for each element. Also, choosing a different god will create a different path in the story of the game that you have to follow during the game.

Tower of Fantasy: How To Get To Cetus Island
Borut Udovic
Saints Row: Where Is Save File Location
Enes Duru
Genshin Impact: The Unexpected Guest Quest Guide
Borut Udovic
How to Find & Raid a Woodland Mansion in Minecraft 1.19
Borut Udovic
How To Make A Shirt In Roblox | Full Guide 2022
Borut Udovic
Latest