Shoot your way through with the best guns in Super People! 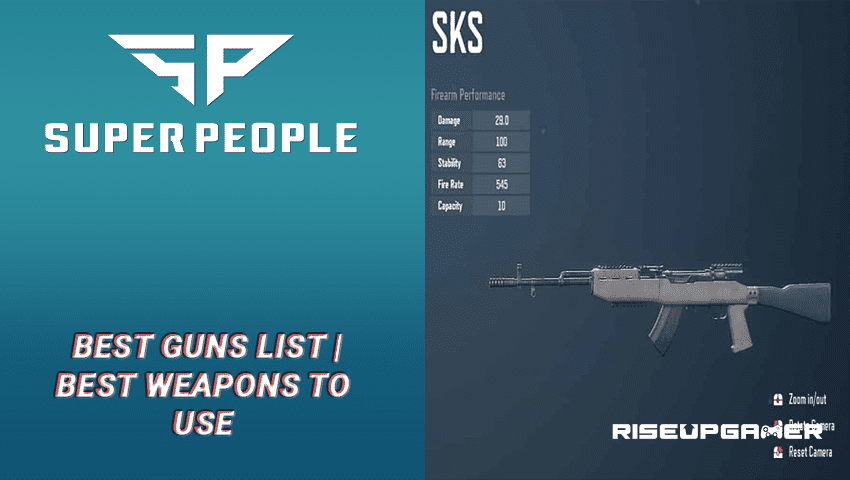 Super People is a recently released battle royale game developed by South Korean studio Wonder People. In this game you take control of a super soldier with special abilities that has to survive as the last one standing. In order to survive, you must be well acquainted with many of the game’s features and items, such as the guns available in the game. Which gun will be the best for you and your playstyle? Check down below!

Here’s a list of the best guns in Super People.

There are a huge range of weapons available for the player in the game, but here are some of the best.

The MP5SD’s high rate of fire makes it a great close range weapon. The built-in suppressor is great if you need some quiet firepower with some decent range. The only downside is that it may not be as stable as other guns.

The M416S is one of the most common and most accurate guns to use in the game. It also has the most attachments on any of the guns. While it may not have as much damage as the others, the damage is still adequate and its reliability is worth the damage trade off.

The SKS does really well with any class as it has that great mid to long range DMR capability.

While it has some significant recoil, a well placed shot can really pick off your opponents when they hit.

For sniper rifles, the KAR98K is your best choice. It’s heavily favored by players and is incredibly deadly in the right hands. The five bullets in its magazine make it a very reliable weapon.

The Uzi Pro has the highest fire rate amongst all of the guns in the game, this is balanced by its incredibly short range. But it was never meant for long range duels anyway. The UZI Pro should be used for mid to short range combat.

The Scar-H is a very effective AR. While it only has 20 bullets initially in its magazine, finding an AR mag will double its capacity. It’s a somewhat reliable AKM that has a higher damage rate than the M416S if you hit all of your bullets.

It is the most lethal sniper rifle in the game. Even an unupgraded X40A1 will deal immense damage to your targets. Keep in mind however that it has a slower fire rate than the KAR98K.