Get ahead of the competition! Learn every class and perks in Super People using this guide! 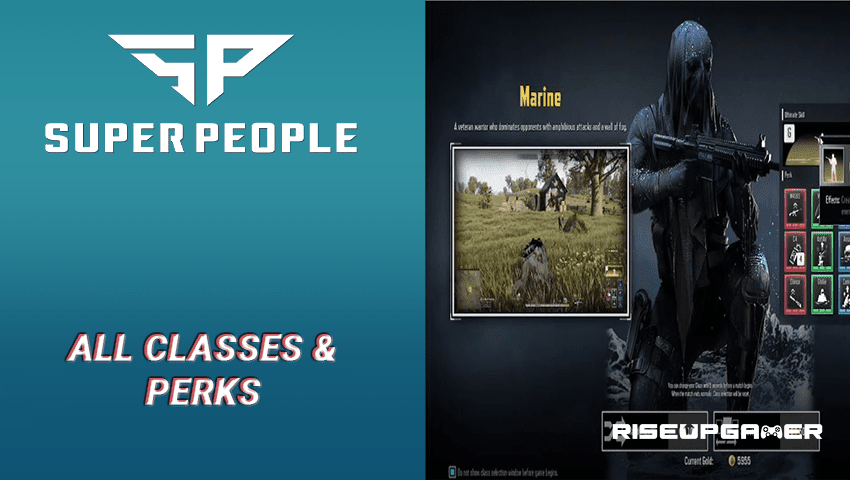 Super People is the latest battle royal shooter offering that allows players to choose from several colorful characters that act as the game’s classes, with each having their own unique abilities and gameplay mechanics. Whenever you load into a lobby, you are automatically assigned one of the game’s 12 classes and must cough up gold just to be able to change it. With that said, it is best that you get familiar with each of the game’s classes as you may never know which would be assigned to you.

In this guide, we will be detailing each of Super People’s 12 classes and describe each of their perks.

The Gatling Soldier is a high-power class that dives in the middle of the battle all the while unleashing chaos on his enemies. As its name directly implies, this class is equipped with a powerful Gatling gun which turns more deadly when the class’ ultimate is unlocked.

Gatling Soldier’s ultimate is Spitfire. It increases his Gatling gun’s magazine capacity and increases the character’s defense temporarily when firing. Also, the explosive rounds create an area of flames.

As you may already figure, the Shotgun Master specializes in getting up close and personal with enemies and blasting them off using his trusty shotgun. He has extreme mobility skills that may take foes by surprise. Those who want to play as the Shotgun Master must always be on the move as this is where he excels at.

His ultimate is the Tank Shotgun. Basically, this makes it so that his shotgun rounds are as lethal as a tank. It’s as simple as that.

Much like the Shotgun Master, Strike Force is all about character mobility – even more so, actually. This character can quickly approach and surround his enemies by way of his superb mobility. You must constantly be on the move when playing as the Strike Force as keeping in place essentially means wasting his abilities.

Strike Force’s ultimate is the Dash. It grants him 200% increase in movement speed for 5secs. This enables him to get in and out of combat in no time.

The Sniper class lets you spot and deal with enemies from a mile back. This staple class of the shooter genre excels on picking off enemies one by one through a great vantage point and proficient aiming. Contrary to the previous classes on this list, Snipers should always pick out their spots carefully and hide as much as possible.

The Sniper’s ultimate is the Deadeye. It increases you Sniper Rifle damage by 50% every 10 seconds. Your reload speed and rate of fire on it will also gain significant increases.

The Seeker is yet another movement-oriented class that wants to hunt down foes without them being aware of his presence. Playing effectively as this class requires careful strategy as he excels in surprising enemies but is particularly weak in face-to-face engagements.

His ultimate is the Quick Slide. It provides him with three quick slides for 6secs making him even more agile. This allows him to disengage from his enemies or get as close to them as fast as possible.

The Gas Soldier specializes in pumping out toxic fumes and igniting them to flush out enemies from their hiding spots. This class creates chaos wherever he finds himself in. He can use deadly and toxic smokes as well a Fireball that phases through obstacles and damages hidden enemies.

His ultimate is the Fireball. He launches a powerful ball of fire using his Flamethrower. This ability can change the tide of the battle drastically when used at the right moment.

The Marine class, as you may guess, is the most effective class in the game in terms of amphibious combat. He earns a damage boost and is much quieter on the move while in water. Basically, if you want to play this class at its strengths, you better be always be in water vicinity.

The Marine’s ultimate ability is the Fog of War. This ability creates a barrier of fog around you that lets you slip out of engagements effectively. It has a 180sec cooldown.

Yet another mobile character class – this time, by way of teleportation. The Teleporter uses its teleportation powers to relocate across the map and get the jump on its enemies from unsuspected angles. This class also excels in long-range combat, so positioning is also vital to play this character effectively.

The Teleporter’s ultimate ability is the Teleport, obviously. It allows the character to jump from one specific location to the next given a certain range. It has a 120sec cooldown.

The SWAT class specializes in sieging buildings and eliminating his enemies indoors. If you want close quarters combat, then the SWAT class is yours to master. This guy breaks doors and windows of buildings to dish out damage and deploy tactical smoke screens. It also has desirable mobility.

His ultimate is the Blackout. It creates a field barrier that blocks your enemies’ sight instantly. It has a 90sec cooldown.

The master of all guns, the maestro of bullets, the expert of firearms – the Firearms Expert wants to be in the middle of a gunfight more than anything else. When it comes to one-on-one gunfights, none could match against the Firearms Expert.

His ultimate ability is the Forcefield. It temporarily slows down all targets with a particular range – even allies, albeit in a lesser degree. The ability has a 60sec cooldown.

Explosions are the name of the game for the Nuclear character class. This girl wants to blast enemies with several explosives and thrives on chaos. If you aren’t that good with aiming but still want to deal out as much damage as you can, this class may just be for you.

Her ultimate is the Tactical Nuke. It fires a nuke that damages all targets within a selected drop zone. This ability can quickly change the tide of the battle. It has a long 150sec cooldown.

True to its name, this character class excels in maneuvering vehicles and perhaps provides the most utility when used in team compositions. Unlike most classes that specialize in combat, the Driver class just wants to take his allies from one point to another. This is the most unique class in the game, by far.

His ultimate is the Monster Truck. It summons a monster truck with excellent durability. 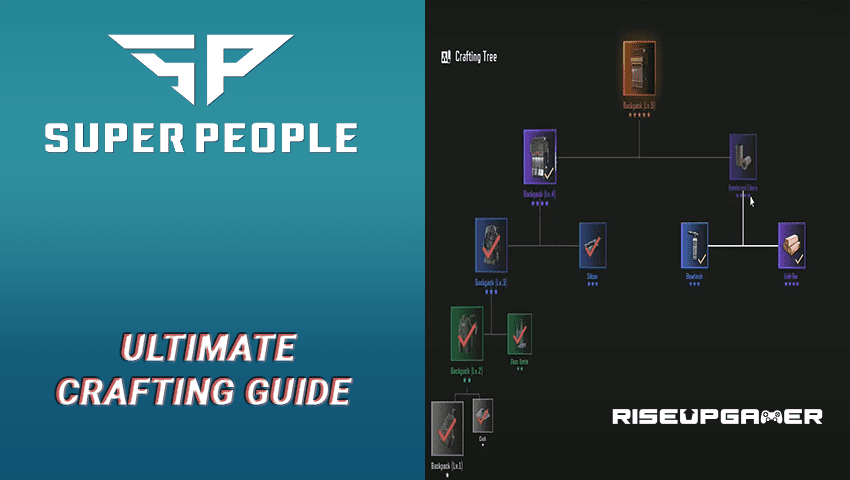