Admins are joining forces with hackers against players! 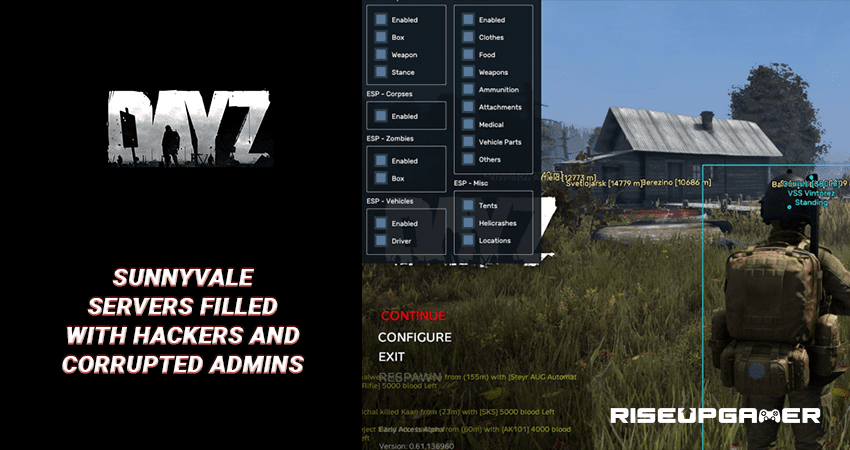 DayZ is filled with a lot of servers. Each server has its admins that control the areas and make sure that there are no hackers who will ruin the game. On the Sunnyvale Servers, there is a different situation happening with admins and hackers. Everyone is corrupt and people are making problems.

The Sunnyvale Servers have a ton of players and the number still rises. People are paying real-life cash and donating in-game. With these donations, a lot of personal information is being passed on the internet.

The admins are joining forces with the hackers and sharing information. People are not being banned on the servers and the risk of getting your personal information leaked is rising.

With the donations that players make, admins share this information with hackers in order for both parties to profit.

Doxxing users is common on these servers, be aware! Cheaters also use in-game hacks to win games, get more loot and kill the ones who play legit.