Here you can learn How To Defeat Unstable Lancer Boss in Steelrising! 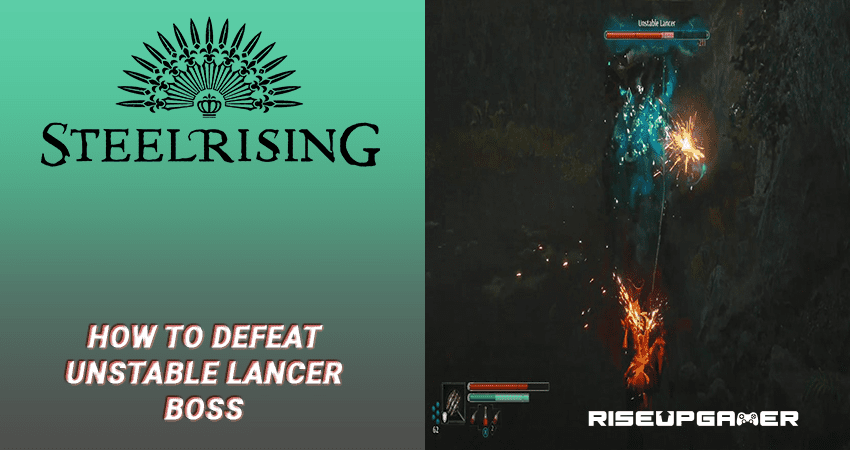 Steelrising is a newly released action role-playing game where players are going to encounter a lot of enemies and bosses in order to find different items and collectibles, or just finish a specific quest. The Unstable Lancer Boss can be a really big challenge for you if you don’t know how to defeat it. That’s why keep reading our article and find out some of the tricks and mechanics to defeat this boss pretty easily.

This guide will show you How To Defeat Unstable Lancer Boss in Steelrising.

How To Defeat Unstable Lancer Boss in Steelrising

Unstable Lance is actually the first boss that you will encounter in Steelrising.

First of all, when you come to the boss area, before you fight him, you have to run to the back and jump over the fence where you will find a chest.

Inside the chest, you will find a new weapon which is a gun Charleville 1789 Shield Musket.

It is a perfect weapon that you can use against this boss.

From this point, you need to pop the Disassembly token, and then you have to reappear back at the beginning of the boss room.

Make sure that you wear the weapons on your D-pad, so you can change between your weapons. Also, make sure that you have the Ordinary Oil Vial that will help you with healing during the battle.

Once you start fighting the boss, you have to trick him to come inside the cave where you came from, because in his battle area, he can spawn some of his friends.

By shooting on him with the gun that you got from the chest earlier, you can actually stun him for around 3 seconds, and at this point you can do the melee charge attack and deal a huge damage on the boss.

You need to be careful from his ranged attack also because he has his own rifle that can shoot at you. However, it’s easy to dodge because before he shoots, he will stand still and pull up his rifle, so you will have enough time to move from your standing position.

Take a note that if you walk a bit far from him, he will run back to his place in the arena, but the good thing is he doesn’t heal back and you can trick him again with your gun to come in the cave where you can trap him and keep on shooting while he doesn’t have much space to run.

Keep on repeating the same method to stun him several times, and hit him with your melee weapon until his health bar is empty. 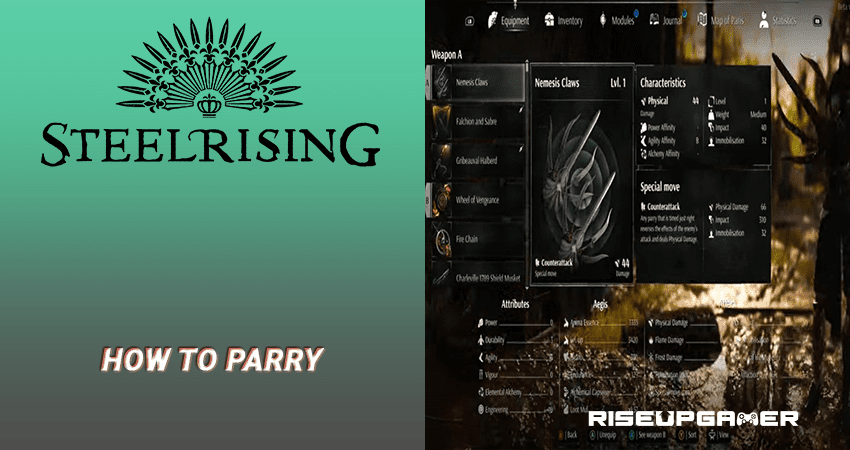 Steelrising: How To Parry
Read next >
Steelrising
Latest