Check out All Special Weapons in Splatoon 3! 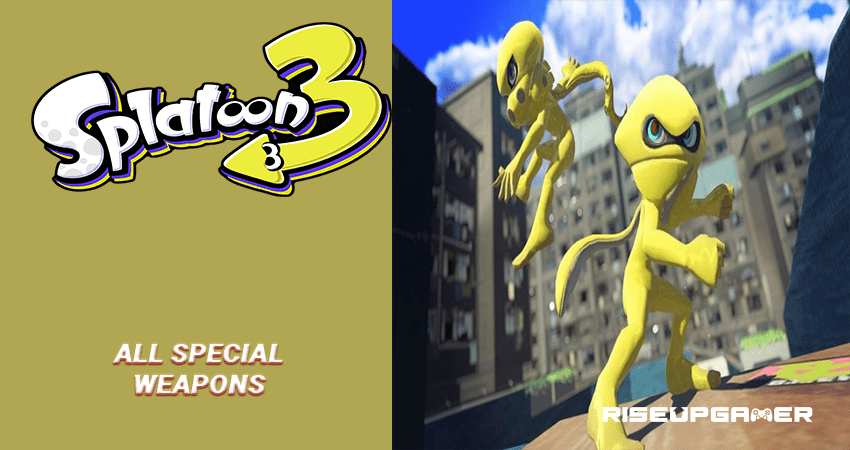 This guide will show you All Special Weapons in Splatoon 3.

All Special Weapons in Splatoon 3

Deploy this device at your feet to shield yourself with a large, spherical barrier. This bubble will block outside ink attacks, but it can’t prevent opponents themselves from entering.

Damage to the top section or the inner device will cause the barrier to pop more quickly.

The Crab Tank is a new special weapon “with a powerful rapid-fire gun and a cannon with a wide blast area”.

In terms of movement, the Crab Tank “can also turn into a ball to move around faster than crab walking”.

They describe it as a “modified version of a special weapon once popular in Inkopolis” which “has a powerful shot that fires three blasts at once and can be fired three times in total each use”.

The weapon “once popular in Inkopolis” is the Inkzooka from the first Splatoon game.

Press ZR to launch three blasts of spiraling ink in a single shot. You can fire it up to three times.

Unleashes six speaker-shaped, laser-emitting devices to surround and devastate your enemies. Lock onto an opponent, and the emitters will track and blast them wherever they go!

You can continue to use your main weapon and sub weapon while the Killer Wail 5.1 is firing.

One of the coolest new additions, the Zipcaster is a special weapon that acts like an explosive grappling hook. The special coats you in your ink, allowing you to stretch your arms and zip to walls, leaving a chaotic trail of ink and explosions at each destination.

Use R to Aim and stick to walls. You can still use your main weapon like normal with ZR. When your ink runs out, your transformation will end, and you’ll Super Jump back to your starting position.

The Ink Vac can suck in enemy ink (and stop it hitting you and your allies in the process) and then shoot it back at them. The more ink you get the larger the explosion.

Hold ZR to generate a vortex that sucks up enemy ink attack. Once the tank is full, or after the timer runs out, let go of ZR, and you’ll launch a souped-up super ink shot.

Throw and deploy a guidance device with R to cause a tornado-generating ink strike to land on that spot from above.

You can deploy up to three guidance devices to activate three separate ink tornadoes.

The Tacticooler is used by placing a short, cylindrical object on the ground, which then expands into a standing beverage cooler. Four soda cans are taken out of the cooler and held by short metal attachments.

The Tacticooler will also play a jingle when it is ready to use. The player and their allies can grab one of the soda cans and drink it, giving them a speed increase for a short time.

Deploys a device that generates sonic waves to drive hidden opponents out into the open. Waves expand along the ground, marking and dealing damage to any opponents they touch.

To avoid damage, simply jump over each wave.

When you reach the end of the path or if you press ZR, the float will explode and deal damage. 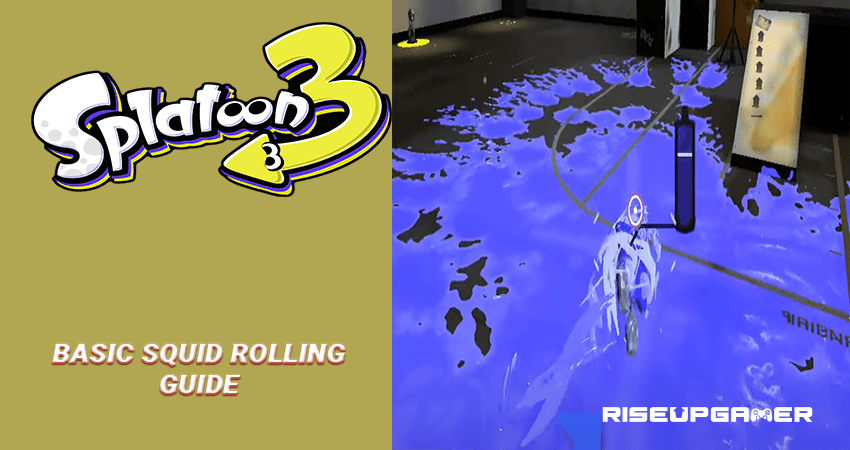