Spiderman Remastered: Best Gadgets To Use

These sci-fi gadgets are really cool! 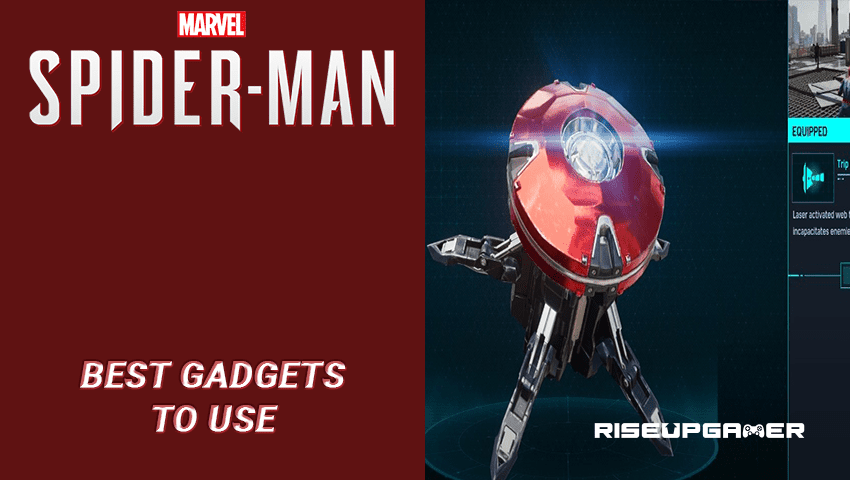 Spiderman Remastered has finally arrived on PC with improved graphics and unlocked frame rate support. While Spidey has really cool tricks up his sleeves, he also has some great gadgets to compliment them making it easier to deal with high-level enemies. However, finding the best gadget can be hard and so we compiled a list of the top 5 best gadgets in the game.

This guide will tell you about the best gadgets available in Spiderman Remastered.

Spiderman Remastered: Best Gadgets To Use

This is one of the early gadgets that will be unlocked at the start of the game and it works really great as you pin enemies up against the wall or stick them to another enemy.

It can also be useful for slowing down bigger and tankier enemies so get a small window to retaliate against them.

Using this gadget is an absolute joy as you watch desperate enemies trying hard to free themselves from the web.

The Tripmine is another fun and useful gadget that sticks to a wall, enemy or surface and once it detects movement, it throws a web around them to capture them in it.

This can be really useful if you are dealing with a large mob of enemies as the trip mine will slam them into one another and tie them up inside a large web.

The Spider-Drone is another useful gadget that which are actually 4-5 small drones that fly around and shoot energy blaster at nearby enemies.

It can be really useful for knocking down enemies and it’s one of the best gadgets if you are dealing with harder enemies.

If you use this gadget with the Spider Bro suit power then most of the enemies will be taken out by these gadgets.

The Web Bomb is another super fun and useful gadget that triggers an explosive to the web all the enemies within a certain radius.

As you upgrade it further, the radius will further increase making it more useful in the later parts of the game. Another cool thing is that it can also stick to the enemy and then explode causing all the enemies to end up in a web.

This is one of the most powerful gadgets in the game and it’s way too overpowered which makes dealing with enemies a piece of cake.

It lifts all the nearby enemies into the air and freezes them there for a short while allowing you to perform combos and attacks while the enemies remain defenceless in a paralyzed state.

You can easily defeat a large group of enemies with this gadget and when combined with another gadget or suit power, it can wreak some serious havoc even during difficult boss fights.

That’s it, these are all the best gadgets that you should definitely check out in this game!