Blast away waves and waves of enemies – spam those spells! 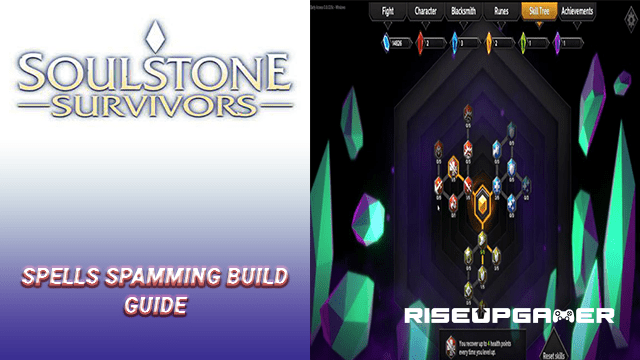 Soulstone Survivors is an action rogue-lite adventure game where you need to fight against endless minions to collect soulstones and become a god. During your journey, you can unleash secret spells, craft weapons, and unlock multiple characters to capture the power of the void.

Want to learn about the best builds in Soulstone Survivors? You have come to the right place! Read on as we share with you perhaps the most ridiculous build in the whole game right now – the spells spamming build.

This build is centered on magic attacks so we will be using The Arcane Weaver character equipped with the Arcane Staff weapon.

This build’s goal is to throw out as much powerful magic projectile as possible at the waves of enemies coming for you without you taking any damage. Basically, you would turn the game into a bullet hell.

When starting your run, all you have to do is to lift your Arcane Staff aloft and let it deal with your enemies on its own while you just avoid taking damage as much as you can. Arcane Staff releases two projectiles that will home in on an enemy as long as it is channeling.

Since the power-ups you obtain with each run are random, there is no linear path for this particular build. What we can say however is you try to build as much passive as you can for the early stages.

Of course, you would want to pick those that increase your damage output. Our goal here is to become a ludicrous spell spammer – albeit a very fragile one.

You don’t really have to pick any active skills yet as your Arcane Staff itself should suffice for now. As long as you have the option to increase your damage output via passives, always go for it. But as you go deeper with the level, it wouldn’t hurt to pick up an active skill or two.

You would want to focus on passives that increase the potency of your spells. Perhaps those that level your active skills but definitely cooldown reduction and cast frequency – doing so would make you unstoppable.

Just keep on doing these things and soon you’d find your screen filled with magic. Take note that this build can render your screen chaotic as several projectiles would fire out of you at the same time.

While this would make dealing with enemies easier, it could also make it difficult to dodge or avoid their attacks. Just make sure to always be on the move while casting your spells.

Remember, you are a glass cannon with this build. A hit or two from a powerful boss could end your run right then and there.

As for the skill tree build which you can modify at the game’s main menu, you would want to focus on still increasing your damage and a bit on survivability.

That is that! This build is super fun but can also be a bit frustrating, mind you. Since you’d be turning your game into a bullet hell, it would be impossible to keep track of all the enemy attacks and thus, you may go down even without knowing what hit you.

Nevertheless, as long as you keep on the move, this build will take you far. It can get ridiculous, to be honest. All it takes is a bit of practice. 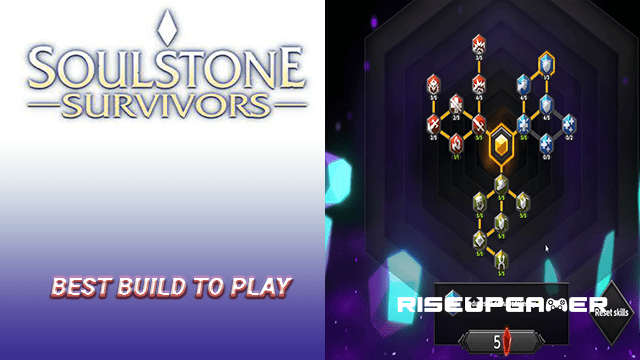