Get that coveted S Rank on Stage 1-2 by following this guide! 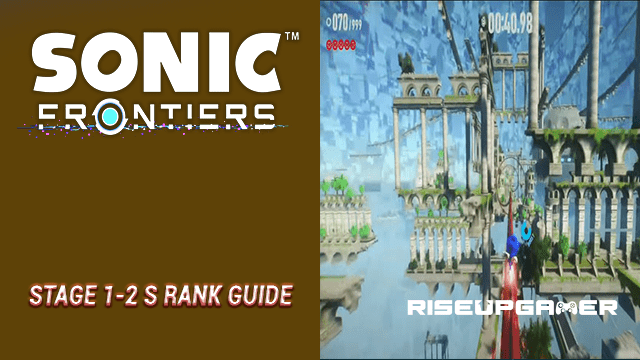 Getting the highest rank on Sonic Frontiers’ second level (Stage 1-2) is challenging, even for series veterans. Whether you are a completionist or just someone looking to hoard as many extra keys at the early stages of the game, getting an S rank on this surreal, Sanctuary-looking stage can take a few retries. So, do not perish if you fail twice or thrice to get the highest rank.

In this guide, we will be looking at how you can S Rank Stage 1-2 of the new Sonic Frontiers.

Getting an S Rank on Stage 1-2 means you have to finish the stage within 55 seconds or under. While it can be unnerving to do on your first few runs, once you know the right path to take you’d soon figure that finishing it under that time is indeed achievable.

Before we begin, take note that the path we will be sharing is the simplest to achieve the S Rank, it is not necessarily the best path to take.

At the beginning of the stage, you would want to keep your feet on the ground at all times. As inviting as the floating hoops may be, staying on the ground is the best way to zoom through the stage.

Make sure that you hit all the boost panels on the ground, while also keeping a close eye on your quick-stepping. It can put you in a bad position and ultimately stop your momentum.

Everything gets much simpler after the first section of the stage. Just be sure to use your Homing Attack on Eggman’s bots to zoom around the stage, then to the handles to pull yourself up.

After the second handle, boost to move forward in the air, then use Homing Attack chain to move across the balloons in your front.

The final section of the stage involves Sonic grinding on some rails.

For the first set, you would want to hold your boost button when you can and try your best to avoid the springs. At the end of the first rail section, you’ll have a bit of runway and then hop through the hoop to activate the checkpoint.

The next rail section is fairly similar to the first one. However, instead of momentum-stopping springs, there will now be actual obstacles that you would need to avoid.

Dodge them by quickly switching rails, and then hold the boost when on a straightaway. If you want, you may also jump through hoops to avoid the obstacles – luckily, they aren’t that time-consuming. Soon, you should reach the next checkpoint.

We are now in the final section. Keep boosting forward and jump through the hoops. These hoops will lead to a straightaway into another rail.

Ride this rail, jump off it at the very end, boost forward in the air, and then Homing Attack on the spring in the front.

Doing all this right should let you finish the stage at about 53 to 54 seconds, giving you the highly-coveted S Rank! 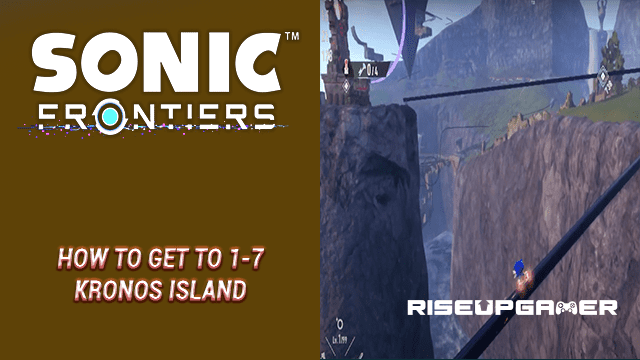