Defeat this robotic shark to collect the Portal Gear!

Sonic Frontiers is a highly anticipated 3D platformer that lets you play as Sonic the Hedgehog and explore the mysterious Starfall Island in search of the Chaos Emeralds. It is the first open-world Sonic game where you must solve puzzles to collect items and fight against various robot enemies.

As you progress through the game, you will encounter different bosses and enemies. One such enemy is the Shark which is one of the 18 Guardian bosses present in the game. Guardian bosses are one of the most difficult bosses and you will need to defeat them to obtain the Portal Gears required to enter Cyberspace. The Shark as the name suggests is a robotic shark with a huge tail and a large jaw to attack its enemies.

This guide will tell you how to defeat the Shark Guardian boss in the game.

In order to find the Shark Guardian Boss, you will need to head southwest of Ares Island where you will find it at the location shown above.

As soon as you enter the area, you will see the Shark emerge from the sands of the desert and leap towards you so you need to be careful.

The special ability of the Shark is it can swim under the sand and can emerge anytime to attack its prey.

You will need to grab its tail and a bunch of quick time events will begin where you will need to move your left joystick in the specified direction to hold on to the tail of the Shark.

The Shark will move rapidly while wagging its tail from one location to another in the desert.

If you manage to hold on to the tail long enough then you will get a chance to strike an attack on its fins. This will stun the Shark and stop it in its track providing you with a great opportunity to start the fight. Start by spamming combo attacks to greatly reduce its health.

Once you significantly reduce the health of the Shark, it will start running again and you will need to hold on to its tail. You will need to move your left joystick in the specified direction to hold on and the shark will also start releasing a bunch of rockets to shake you off.

The Shark will get momentarily stunned after a while giving you another opportunity to finish it off. As a reward, you will be able to collect one Portal Gear for defeating the Shark.

If you fail to defeat the Shark while it is stunned then you will need to repeat the sequence all over again until you manage to reduce its health.

That’s it, now go ahead and follow this strategy to defeat the Shark Guardian Boss! 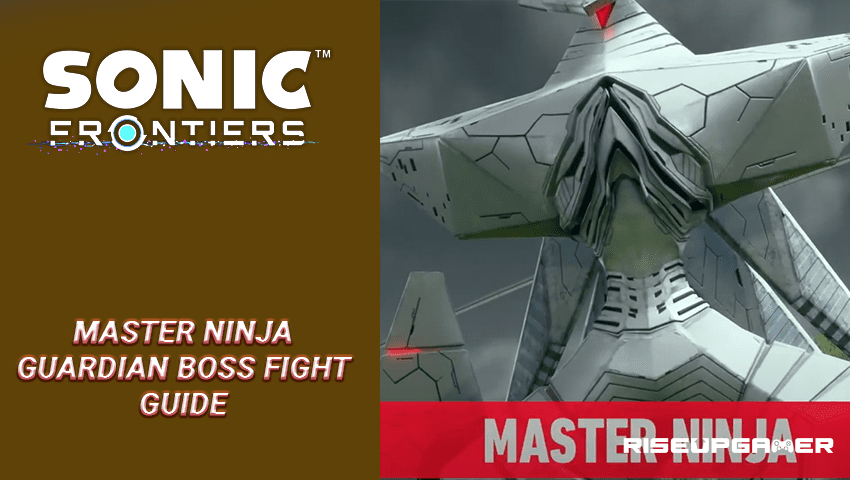