Saints Row: How to Unlock the Vindicator Secret Rocket Car

Fly at the speed of light by using this superfast rocket car! 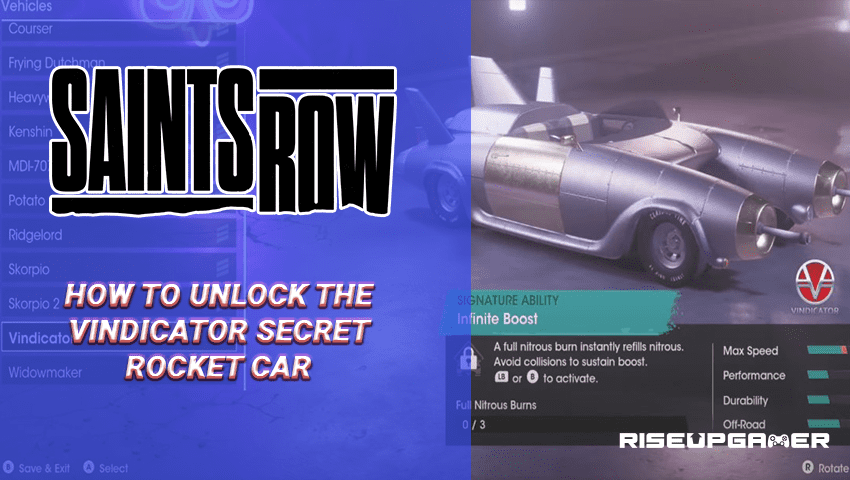 Saints Row is now back after nine years, bringing a fresh story along with brand new characters that make it more appealing to the new players of the franchise. There are plenty of different types of vehicles available such as the Vindicator rocket car that will allow you to explore the streets of Santo Ileso or escape from the cops easily.

This guide will tell you how to unlock the Vindicator rocket car in the game.

Saints Row: How to Unlock the Vindicator Secret Rocket Car

The Vindicator is a prototype secret rocket car that has a special ability called Infinite boost where using nitrous will instantly refill it and you need to avoid crashing to sustain the boost. It’s a cool-looking car that somewhat resembles the old Batmobile.

In order to unlock it, you need to find 5 collectables known as the Lost Wheels Forgotten Prototype. It’s recommended to use a helicopter as it will allow you to collect the parts quickly and get your hands on the car.

The first part called the Rocket Engine (left) can be found at the above location on the map.You need to interact with the rotating wheel to collect the part.

The second part can be collected by heading over to the location above. Interact with the wheel to obtain the part.

The third part called the Rocket Engine (right) can be found at the above location on the map. Interact with the wheel to obtain the part.

The fourth part called the Ultra Heat Resistant Tires can be collected from the above location on the map.

Last but not least is the fifth part called the Aerospace Grade Aluminium Body which can be collected from the above location.

After you have collected all the parts, the Forgotten Prototype discoveries will be completed and the Vindicator will be automatically added to your garage.

That’s it, now go ahead and collect all the parts to unlock the rocket car! 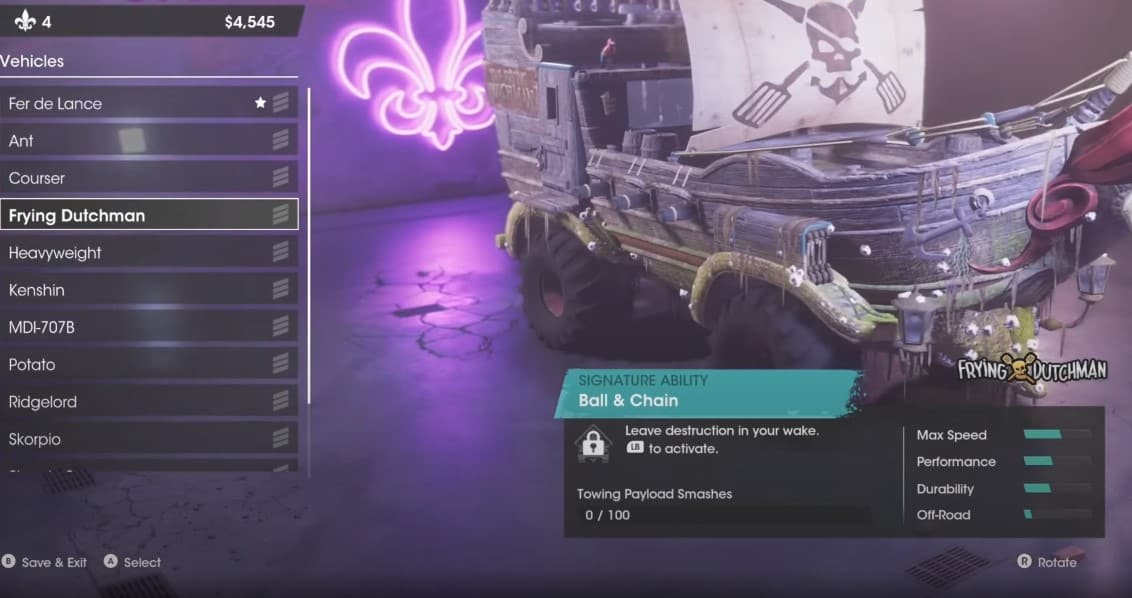 Saints Row: How To Get Frying Dutchman
Read next >
Saints Row
Latest