Check out the Best Early Upgrades & Items in Saints Row! 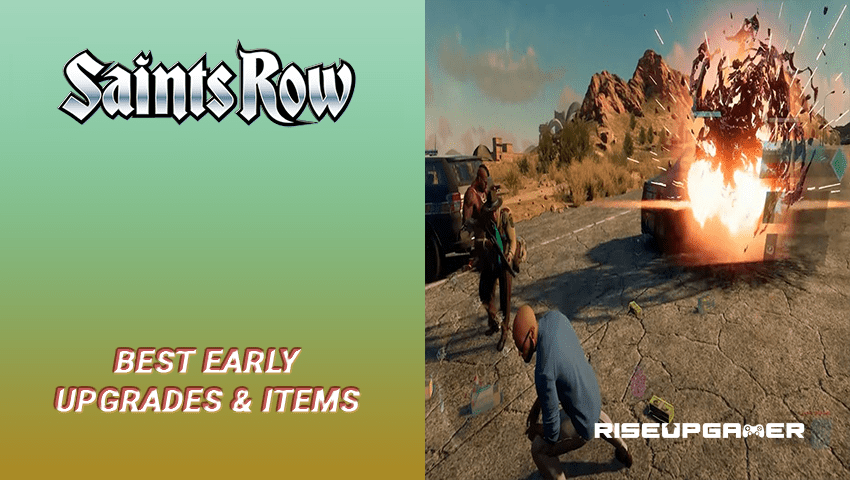 Saints Row is finally here and it offers plenty of gadgets, supercars, cool weapons, and combats for players to experience. The story is set in the city of Santo Ileso which is inspired by Las Vegas. You have a role as The Boss who is a former member of a gang and before starting with the journey in Saints Row, there are some early upgrades and items you should focus on.

This guide will show you the Best Early Upgrades & Items in Saints Row.

Perks are giving a passive bonus to your character which are really helpful. You can unlock the perks by completing different challenges as a requirement then the perk will be bought with the money.

All of the perks can be seen on your phone in the Perks App where you can manage all your perks. There are three different types of perks that you are able to equip: Minor, Major, and Elite perk. You can equip 2 perks in Minor and Major, and only 1 in the Elite section.

Minor Perks – These are the best two perks for you to get at the beginning:

Skills are the most important abilities that your character can perform. You can equip a total of 4 skills at a time, and they can be set on the key bind that you like from 1 to 4 on your keyboard to use them quickly.

These skills are upgraded as you level up, and you will unlock the skills gradually. It is recommended to equip the Fast Learner Perk which will get you more XP and you will be able to level up faster and unlock skills quickly.

One of the best skills that you should use in the beginning is the Pineapple Express. This skill can be unlocked at level 2 which is early in the game.

This skill is doing AOE damage and you can deal damage to the shielded enemies as well. With this skill, you can grab an enemy and drop a grenade in their pants and throw them away in the direction that you are looking. The enemy will explode and the damage of the explosion will affect to its surrounding.

The game is full of unique and powerful weapons. One of the best weapons to get is the SMG which can be obtain for free without buying it from the Gun Shop.

This SMG can be obtained for free after completing the Riding Shotgun first challenge in the East Providencia area of the map.

You can find plenty of cars in the game, and once you bring them to your garage you will store them and they will become yours.

Fortunately, there are two supercars that you can find in the early game and must be in your garage.

The first supercar is Attrazione that can be found near the Saints HQ in the Marina West parking lot area. This car is part of Jim Rod’s challenge but it can be obtained even before the challenge.

This supercar is already modified and comes with nitrous.

The second supercar that you can get is also part of Jim Rod’s challenge which is called Fer De Lance.

You can find this car in the Monte Vista region near the Villa cliff side.

This car has a special ability called Jump and it will let you jump over multiple cars or obstacles while driving. It also comes with more modifications and tunes than Attrazione. 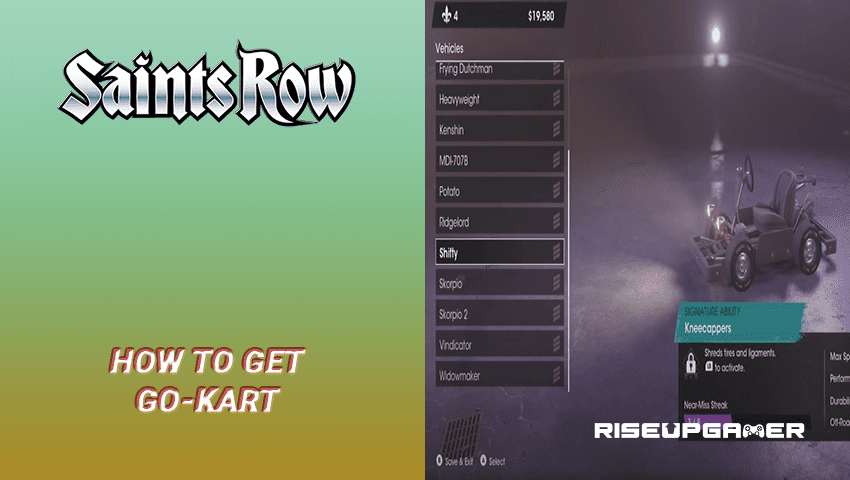 Saints Row: How To Get GO-KART
Read next >
Saints Row
Latest