Saints Row: All 5 Naval Car Part Locations | How to Get Frying Dutchman

Collect these parts to unlock the Frying Dutchman! 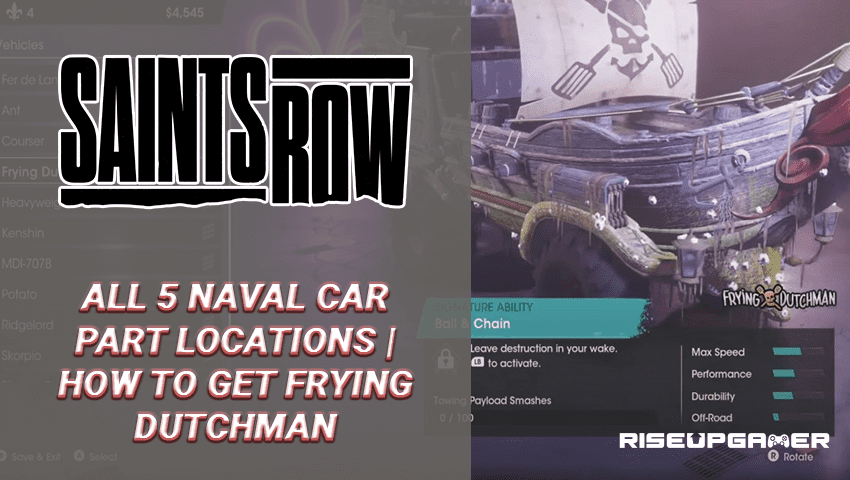 Saints Row is now back after nine years, bringing a fresh story along with brand new characters that make it more appealing to the new players of the franchise. As you try to expand your criminal empire in Santo Ileso, you will need to complete side missions and quests to earn some money.

This guide will tell you how to get all the parts for the Frying Dutchman.

Saints Row: All 5 Naval Car Part Locations | How to Get Frying Dutchman

The Frying Dutchman is a unique-looking vehicle that looks like a boat with some wheels attached to it. In order to unlock it, you will need five collectables scattered across the map to get the parts for the vehicle as a part of the Lost Wheels discoveries.

To find a helicopter, head over to the location marked above on the map.

The first part called Ships Helm can be found in the Rojas Desert North area and there you find this part attached to a small rotating wheel.

The second part called the Main Mast can be found at the above location in the Rojas Desert north area.

The third part called Gunpower Cannons can be found at the location in Rojas Desert North area.

The fourth part called the Fryer of the Deep can be found at the above location in the Rojas Desert North area near the lake.

Last but not the least, the fifth part called the Wooden Hull can be found at the above location in the Rojas Desert North area on a mountain.

Once you have collected all five parts of the Lost Wheels discovery, you will be rewarded with the Frying Dutchman and it will be automatically added to your garage.

That’s it, now go ahead and collect all the parts to unlock the car! 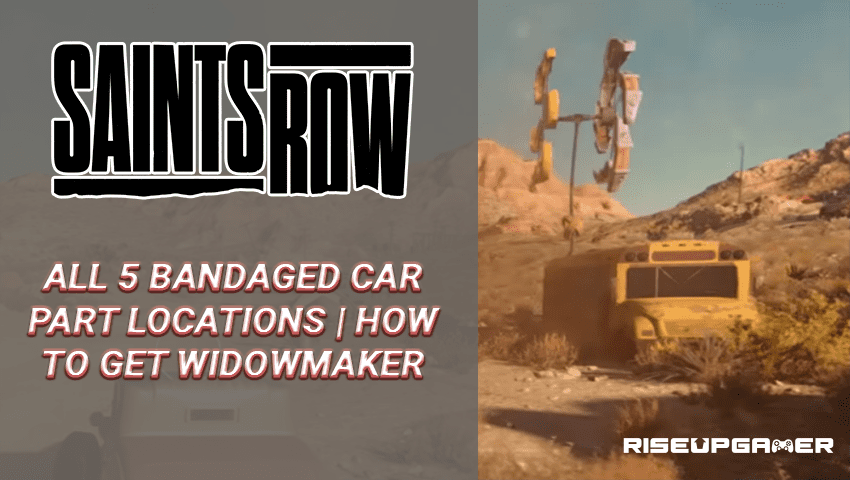 Saints Row: All 5 Bandaged Car Part Locations | How to Get Widowmaker
Read next >
Saints Row
Latest