Get the hang of the Grand Exchange Taxes by going over these tips! 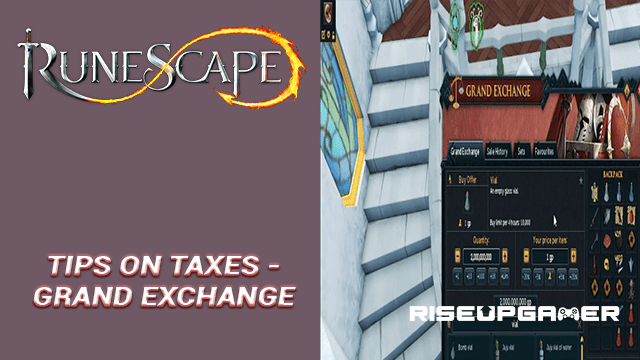 Runescape added perhaps the largest integrity update players have ever seen – they added taxes on the game’s Grand Exchange. To be specific, Runescape added a 1% tax for all sales made on the Grand Exchange. While the inclusion of taxes is pretty straightforward and Runescape posted a detailed summary of the massive change, many players are still understandably confused about what the change really entails.

For this article, we will be sharing some tips on how to prepare for and better navigate the taxes on Runescape’s Grand Exchange.

Flipping is now much harder

Due to the inclusion of taxes in the Grand Exchange, players who take advantage of the flipping method, where they buy an item and through clever price checking, sell it back for a profit, will now have a harder time doing so.

The tactics that once worked without the taxes on effect will now be less viable – you can lose millions of gold in an instant. Nevertheless, flipping can still work assuming that you have adjusted your strategies with the taxes in mind.

Thankfully, there are tons of flipping guides on Discord and other online forums.  If you want to still take advantage of flipping, it’s best you head over there and acquire as much knowledge as you can to pull off effective flips even with the taxes in play.

Alchemy items won’t be affected much

Buying and selling alchemy items on the Grand Exchange wouldn’t be impacted as much by the new taxes. This is because people will continue to pay for them at a certain price as they are linked to that price and they aren’t really ever going down.

This is because even when their base prices go down, they can easily bump it back up due to their high demand on the Grand Exchange as valuable alchemy items. However, expect items to go down in value as players still get the hang of the new change.

Take this to your advantage. Say that you are looking for a specific alchemy item. Chances are you’d see them now in the Grand Exchange and perhaps would sell far cheaper as players will now be discouraged to hoard such items in the fear of losing profits.

Those that horde low-value items to then sell on the Grand Exchange for major profit will now have a hard time doing so as they will now be paying tax to sell them.

Even though the price of the item itself won’t go down – due to it being the minimum price already – players would have to still commit money just to sell them, thus, taking away the incentive for hoarding as many low-value items as possible to sell them right after.

You can expect a major shift in how much players would be willing got pay for a collection of low-value items with the taxes in play.

Those are just some of the tips to help you better navigate the taxes on the Grand Exchange. Admittedly, several of the things that once worked well on the platform will now drastically change due to the inclusion of taxes but some may still work to your advantage.

Take time reading forums or watching tutorials online from seasoned Runescape economy veterans. It may take a bit of effort but mastering how the new Grand Exchange works would do wonders for you. 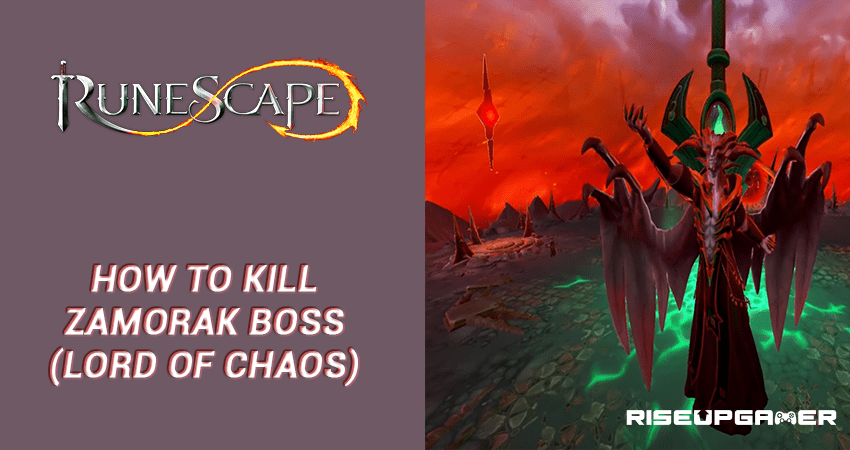 Runescape: How To Kill Zamorak Boss (Lord Of Chaos)
Read next >
Runescape