Be impossible to catch in Roblox Evade! 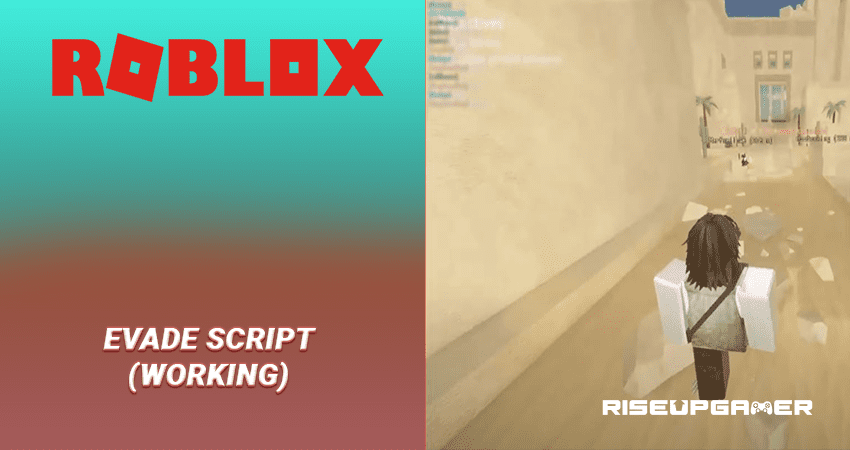 Roblox is a sandbox-style game where players can do basically everything and play whatever type of game they may want with the help of mods or scripts. It thrives on letting the community run free with their creativity, expanding the game further and ultimately making it more enticing to play. One such game is Evade, where players do their best to ‘evade’ the assigned killer for every round while performing certain tasks. Basically, it’s a game of virtual tag, with a twist.

As fun as that may sound, some just want to get ahead of the competition right off the bat. Thankfully, there are scripts out there you can easily run to do just that. Without further ado, here is a working Script GUI Hack for Evade.

Normally, playing Evade can sometimes get frustrating as you never know where other players may be lurking from or pop out.

Once you activate this script, it practically makes you a god in Evade.  Not only can you adjust your character’s speed to run faster away as an innocent or chase players better as a killer, but you may also fly.

This allows you to see the entire map from a bird’s eye view – or better yet, be impossible to catch.

It even lets you see where your co-players at behind walls or covers.

You may also annoy players and take them out of the game through the script’s auto-spam chat feature.

Take advantage of this script to strategize where you want to be and finish your objectives as efficiently as you possibly can.

With this script, you’d have to be AFK to lose.

You can easily get such scripts on various trusted websites online that specifically cater to Roblox scripts enthusiasts, such as you. ‘rblxscipt’ or ‘scriptblox’ are good websites you should definitely check out.