Check out this beginner guide to learn everything about Project Slayers! 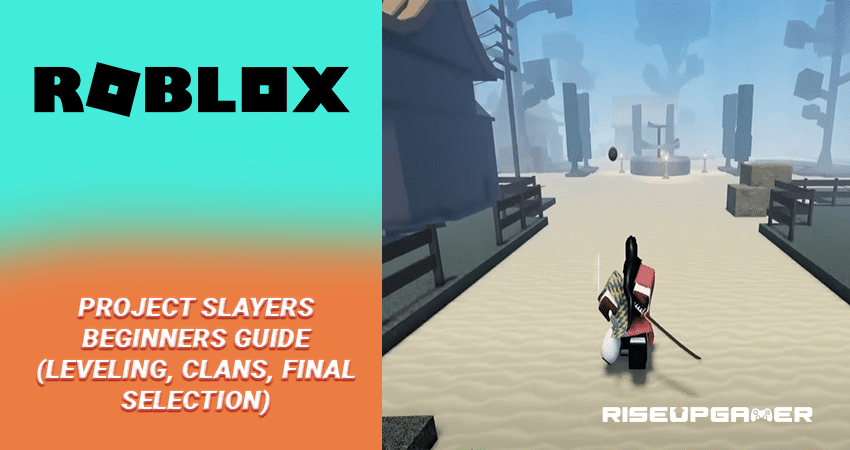 Roblox Project Slayer is an RPG action game where you can create your own character to fight in the world of the famous Demon Slayer Anime and choose to either defend humanity or side against it by joining Demons. This complete beginner guide will help you get started in the game.

After you make your own character, you will notice that there 3 options: Play, Hub and Customize.

In the customise menu, you can modify your character and select the clan of your choice. Different clans will have their own unique clan perks that will provide you with exciting buffs.

The Hub section lists all the top 10 players for each game mode and acts as a leaderboard allowing you to stay competitive and get more wins.

You can also join a queue to participate in any of the game modes listed in the hub.

After loading the game, the first village that you will spawn in is the Ushimaru village and you check various locations on the map.

You will notice that there is something called Map Points and you can purchase more of them by paying Roblox or the in-game currency called Wen.

Purchasing these map points allows you to unlock locations on the map and fast travel to them by interacting with the Horse Guy. Do note that the Horse Guy will only take you to those locations that you have already unlocked.

Another interesting tip is that when you spawn in the village, you will come across this NPC called Mercy inside a building and here you can purchase all the potions.

There are different types of options available such as elf potion, stamina potion etc and they can be very useful in early game.

You will also notice different NPCs around the village and when you interact with them, they will assign you various quests to complete. This particular quest requires you to deliver a bucket of food to the Kiribating village.

The Kiribating village is probably the most important village as you will be getting most of your levels here as well as repairing your weapon. If you haven’t noticed yet, there is a durability system in the game which is applicable to your fists and your weapons which is indicated by the small bar on the bottom left corner of the screen.

If you break your fist, then you will need to patch them by purchasing some bandages from an NPC called Rina.

In case you manage to break your sword then you can use it for a while before it becomes unusable and needs to be repaired.

To repair your sword or any other weapon, visit the Blacksmith NPC called Jeph and he will repair your weapon for a small amount of money.

The fastest way to level up in the game is to complete quest 3 given by the NPC called Somi in Kiribating Village.

You will need to fight against Zoku as a part of this quest and you will get a lot of XP if you are high-level enough as well as the Reiku’s necklace.

The next thing is setting your spawn which you can do by visiting these green crystals found in different locations in the game.

During the night, you will notice that the surrounding areas will become very dark and it becomes difficult to travel due to poor visibility.

The solution is to purchase a Latern from an NPC named Kenzie located in Kabiwaru Village for a price of 600 Wens. Now you will be able to see things at night simply by equipping your lantern.

There are some stats that you need to take care of as you progress through the game such as breathing which you unlock after you reach level 12.

These stats can be unlocked by visiting different trainers in various locations of the game. For example, you can unlock water breathing by visiting Sakonji Urokodaki in the Waroru Caves.

Another location where you can find a trainer is Zapiwara Mountains and here you can meet Jigoro Kuwajima to learn Thunder Breathing.

Last but not least is the Insect Trainer called Shinobu located in the Butterfly Mansion area.

There are a total of 3 levels to Breathing: weak lungs (level 1), normal lungs (level 2) and the last one being total concentration (level 3).

In order to level up your breathing, you will need to break a series of Gourds over and over again as the game doesn’t tell you the number of Gourds that you need to break.

Each time you breathe some air into this Gourd, the level of your breathing goes up slightly and you can purchase these Gourds in Butterfly Mansion.

Next is the final selection that you can unlock by interacting with the Horse Guy and selecting Final Selection. The Final Selection is only available for humans who are level 15 and above in specific time periods shown above.

You can enter them at those certain times and if you become a Demon Slayer then you sell your Demon Horns. There is also a crow present there who will assign you missions from time to time.

That’s everything you need to know to get started in Project Slayers! 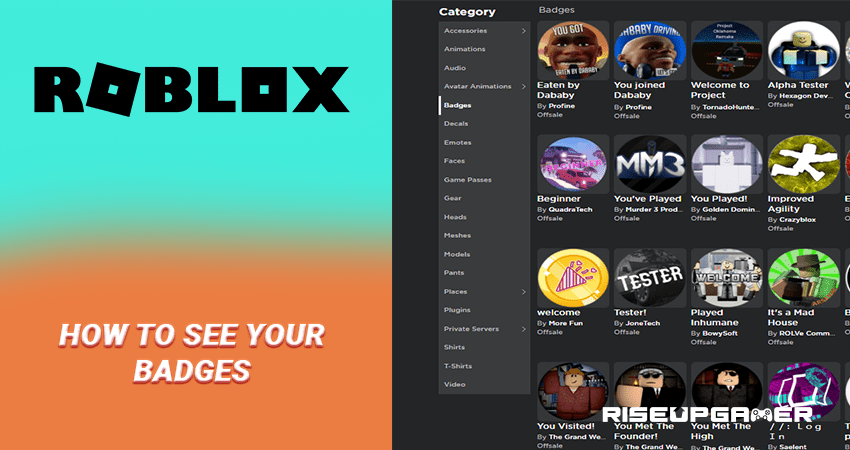 Roblox: How To See Your Badges
Read next >
Roblox
Popular now
Latest