By Borut Udovic
Predecessor is slowly coming to its early access. Check out the latest news! 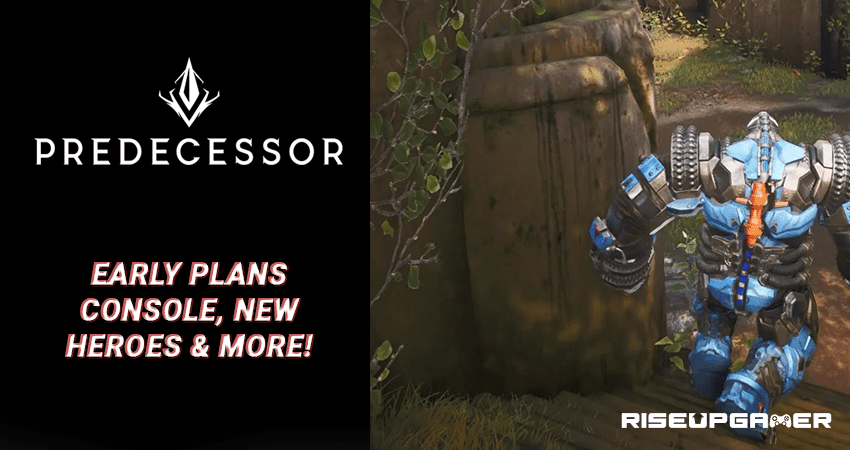 Predecessor is a free-to-play Third-Person Action MOBA game for PC and Consoles. You and your allies must join forces and fight for glory on the battlefield against your opponents. Omeda Studios, the developers and publishers for the game, have made a stress test to see how their servers would act in early April. They have announced the latest updates for the game.

Check out the latest news for Predecessor!

With the last Stress Test that the game has made, they have talked with their community and started planning the Early Access for the players. They have also been tinkering with many things to guarantee a high-quality experience.

The game has had positive feedback on the beginning Item System, the game is constantly making new changes and updates related to the User Interface and the HUD.

Organizing items has been made much simpler and many new features and items have been added since the stress test has been made.

The most common problem that players had to suffer from the stress test was the User Interface. The User Interface used to have many options and make it harder for players to find themselves around.

Developers have made the User Interface much simpler and managed to squeeze all the features of the game into simpler areas.

Console Players will need to wait until later this year for the full release of the game. Constant updates are underway and developers are trying to make things easier for the players.

Heroes will have constant updates and developers will make sure that they stay close to the same as they were on the stress test.

A new hero is joining the battlefield, Codename Huntress, who is a Vampire Hunter who has traveled here for only one reason. The hunt must not rest!