Let’s find out How To Evolve Pawmi in Pokemon Scarlet & Violet! 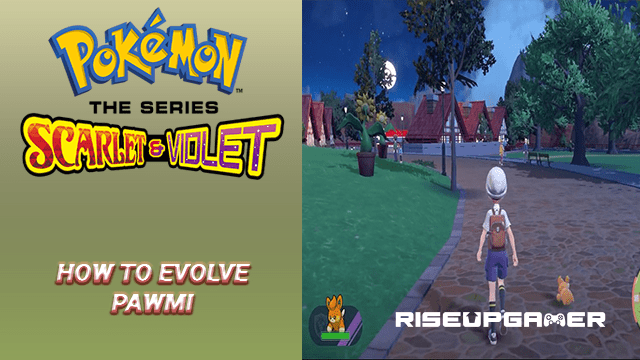 Pokemon Scarlet & Violet comes with completely new content and adventure for the players.

There are plenty of new areas where you are going to explore and find all the collectibles, and also fight and catch the most adorable Pokemon all around the map.

Each Pokemon can evolve three times, and it requires a specific level on which it can be done.

Pawmi is a new Electric-type Pokemon that can evolve into Pawmo, and then into Pawmot.

In this guide, we will show you How To Evolve Pawmi in pokemon Scarlet & Violet!

Pawmi is one of the new Electric-type Pokemon who is similar to Pikachu and uses electric sacs on its cheeks.

This Pokemon is spawning in several locations and it can be mostly found at the cliff on Poco Path and in almost every area in the South Province.

Once you catch Pawmi, you would want to reach the powerful third evolution.

After you level up Pawmi to level 19, it will automatically evolve into Pawmo. You can also find Pawmo already evolved in the wild in South Province (Areas Four, Five, and Six).

It can be found together with Pawmi, but it’s noticeably bigger than Pawmi and stands on two feet.

Now, once you get Pawmo, you will want to evolve into Pawmot which is a bit harder than the first evolution.

To be able to activate the mod, need to have Pawmo in the top slot in your party of Pokemon, and the just press “R” on your keyboard to let it out of the Poke Ball to explore and walk.

Once Pawmo walks 1000 steps, it will activate the evolution and it needs to level up once.

You can do it in battle or just use some Candy or XP Candy.